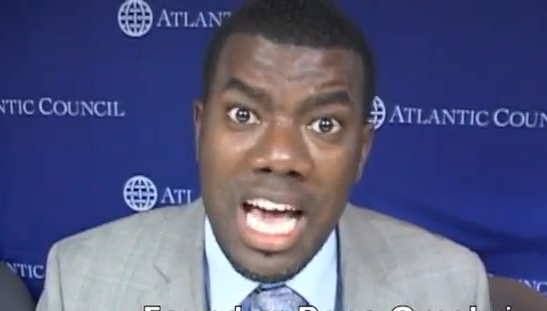 Nigerians and friends of Nigeria should be concerned about the glee and giddiness with which some section of the media report what is obviously propaganda spread by the terrorist sect, Boko Haram.

The trend with some of these media organizations, most especially online media, is to over report alleged success of terrorists while under reporting or refusing to report the confirmed success of our troops.

As the late Baroness Margaret Thatcher once said, “we must try to find ways to starve the terrorist and the hijacker of the oxygen of publicity on which they depend.”

When Nigerians use their websites, blogs or Social Media presence to project Boko Haram’s propaganda they are undermining the anti terror war by boosting the morale of terrorists and demoralizing the population.

Not only is Boko Haram an enemy of Nigeria, the sect is a particularly brutal enemy of the media. It would be recalled that the sect has attacked a number of media organizations with the worst being the attack on ThisDay Newspapers’s offices in Abuja in 2012 which led to the death of several promising journalists and other media support staff.

The sect also issued a fatwa on selected individual journalists and promised further attacks on specified newspapers and news magazines.

Terrorists do not discriminate between PDP or APC supporters, or between Northerner or Southerner. They kill indiscriminately. So we must unite against them irrespective of political or regional affiliations.

The beginning of this unity must be to call a round table meeting of all media organizations in Nigeria with the aim of coming to a consensus on how to report the news about the terror war without playing into the hands of terrorists.

Boko Haram depend on propaganda to spread panic. Panic is an attack strategy for them. Nigerian journalists have a patriotic duty to frustrate that strategy by refusing to spread their propaganda by way of sensational reporting. 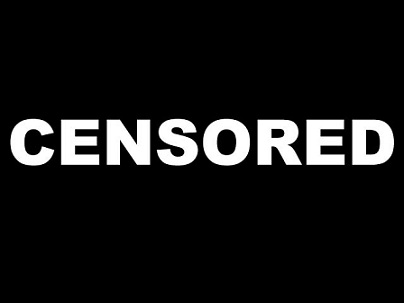 That sensational and unverified propaganda might drive traffic to their online site or blog, but at what cost? At the cost of human lives?

Think of the civilians in the Northeast who panic and react hysterically upon hearing that their towns have been occupied by Boko Haram as reported by these media. They begin running helter-skelter. The military and paramilitary forces have to then contain the hysteria that arises from their panic leaving them distracted from their core duties of repelling the enemy. The terrorists seeing this now launch an attack and fulfill the sensational prophecy of the online site hungry for visitor traffic and then occupy the town.

The above is the Modus Operandi of Boko Haram and some in the media have been unwitting partners in this strategy.

Another thing that must be addressed is the eagerness with which Nigerians accept reports from foreign journalists and organizations that routinely accuse the Nigerian military of human rights abuses on the basis of an unnamed anonymous source on the frontline.

First of all, that unnamed person may very well be an agent of the terrorists feeding these media and human rights organizations with such tales in order to demoralize our armed forces.

This has been the case in at least one situation where a fake soldier gave an interview to a foreign news service and disparaged the armed forces.

But an even stronger point to note is that when the chips are down and terrorists strike, it is the Nigerian armed forces that come to the rescue of Nigerians not the foreign media or organizations that seat down in Western capitals and pontificate on the strength of “an anonymous source”.

Should our troops spend their time responding to these allegations and accusations or should they focus on protecting Nigerians? Of course their focus should be defending us.

But why should they dodge bullets and criticisms at the same time?

No one is justifying human rights abuses, but desperate illnesses require desperate remedies a fact which The West is coming to terms with in Afghanistan with the Taliban and now in Iraq/Syria with ISIS.

NATO cannot be reasonably expected to slow down its military activities in these conflict areas where both combatants and civilians are being beheaded and crucified by terrorists because of complaints from people who are far from the battlefield.

Do they expect our soldiers to be bombed and shot first and only ask questions when they get to heaven? Seriously?

Are Nigerian soldiers supposed to please these organizations by playing nice to terrorist whose publicly stated aim is to steal, kill and destroy Nigeria?

This brings me to the opposition.

The Nigerian opposition should not let hunger for power and hatred for its current holder, President Goodluck Jonathan, push them to slander our soldiers and undermine the anti terror war.

They must remember that this is the Nigerian Army and not Jonathan’s Army.

I remember reading a news feature in the papers in 2009. The Ghanaian Deputy Minister for Energy, Dr. Kwabena Donkor, had visited Nigeria to give a lecture on how Ghana was able to achieve uninterrupted 24 hour electricity supply for her people.

In his lecture entitled ‘How Ghana Kept the Light On’, Dr. Donkor advised that if Nigeria wants to achieve her goals in the power sector, we have to do what Ghana did and separate the power sector from politics.

Fielding questions after the lecture, Dr. Donkor said “electrification in Nigeria should be taken out of partisan politics and be made a national issue”.

Such a sound and practical advice!

Nigerian politicians, particularly the opposition, will politicize everything.

Only on June 10 2013, the national publicity secretary of a major opposition political party released a statement sternly criticizing the Federal Government for proscribing Boko Haram claiming that such an action infringed on their constitutionally guaranteed rights!

It is this type of action that strengthens terrorists and their sponsors.

How can we defeat terror in Nigeria if we cannot speak against it in one voice because of partisan and other motives?

When terrorists strike in other nations people demonstrate and agitate against the terrorists. Our case in Nigeria should not be different.

If members of the terrorist Boko Haram sect know they can count on disunity amongst the political class, they will be inspired to divide and conquer because they know that unless Nigerians are united against them we can have no hope of completely stamping them out for good.

In the case of terrorism, it is as Benjamin Franklin once said “we must, indeed, all hang together, or most assuredly we shall all hang separately”.

The opposition should take a cue from President Jonathan who continues to show leadership on the issue of providing succor to all victims of terror and other mishaps.

Only on Thursday July 31st 2014, the President hosted a Victim Support Dinner at the Banquet Hall of the Presidential Villa at which over 60 billion Naira was raised for victims of terror and other mishaps.

If long term enemies in the Middle East are uniting to confront ISIS, then certainly Nigerians can unite irrespective of differences to confront Boko Haram.

Just 15 years ago all opposition parties were not in existence but Nigeria was. In 15 years from now, their parties may or may not have merged, submerged, re-emerged or de-merged, but Nigeria will still be here.

Permit me to paraphrase Dr. Kwabena Donkor as I end this piece and say that ‘the war on terror in Nigeria should be taken out of partisan politics and be made a national issue’.

Nigeria must appreciate the courage and patriotism of our men and women in the armed forces. This is a virtuous thing to do. Glory follows virtue as if it were its shadow.

Let him that hath an ear hear!