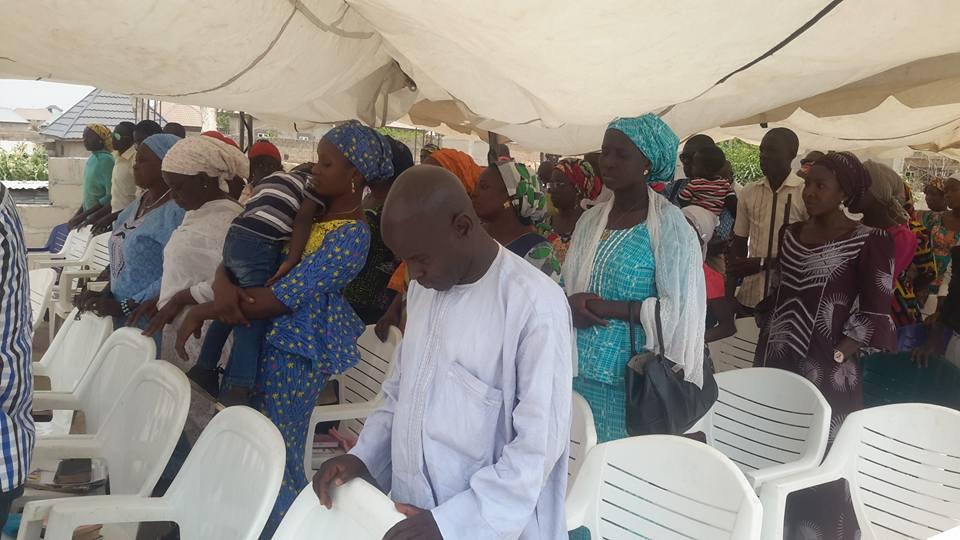 It is obvious that the days when church services and programs were organized for spiritual edification of believers are gone. These days it takes more than music, prayers and sermon to get Christians excited about going to church. Stand-up comedy has been added in a bid to, informally, entertain the congregants before they are ministered to. The aim, as hypothesized by its advocates, is “to make people laugh and forget their problems, even if it is just for a while”.

The rise of stand-up comedy in Church has attracted and made many laugh in church. Be that as it may, the church seems to have gone a little too far in its or effort or experiment to spread the gospel or effort to reach the unchurched.

To be clear, there is no biblical provision that frowns against humor in the pulpit. In fact, humor can help preachers break the ice and connect with their congregations as they pass message across. Historically, many preachers include funny stories and examples to lighten the mood for effective communication with their audience.

In addition, I don’t even think there is any rule against telling jokes in the church. This piece is not criticizing the gifted comedians in the church. However, it is getting harder not to be concerned by some of the jokes comedians crack about sacred topics, biblical heroes and ministers of the gospel from the pulpits during events that are supposed to be a period for sober reflection and divine encounter.

In reaction to criticism of stand-up comedy in church, many have been quick to bring up the subject of drama in church. They argued that there is no provision for drama in the scriptures, and that if stand-up comedy is to be pushed out of the pulpit, drama should face the same faith. However, like me, many will differ with this viewpoint. As a stage director and script writer back in my school days, I recall that we used drama to entertain and educate the audience with godly messages.

I love to laugh and enjoy comedy. I have a few all-time favorite comedy TV shows that I watch repeatedly. And I enjoy going to comedy shows. But I can’t help but wonder about the future spiritual well-being of churches when comedy, instead of Christ, is now considered a cure for the everyday challenges or stress people are facing.

Many backers of the trend maintain that standup comedy was brought in to make the church more lively and funny. That is debatable. The trend spiked when featuring popular comedians and celebrities, no doubt, began to fill church halls to capacity.

Given that relatively few people pay attention to the origin and purpose of church service, odds are very high that only a handful of Christians care less about any direction churches takes. It comes therefore as a deep embarrassment that no one seems to care that the watching world is laughing at us, not with us.

We all have divergent emotions. Some tend to enjoy short humor, cracked in the middle of a message from the pulpit while others laugh at every joke from the pulpit irrespective of who or what is the subject of the joke. Nonetheless, there are plenty of things we might find funny but are not pleasing to God.

The growing attempt by churches to engender a system that attracts and entertains people is happening at a time when the world needs the church to step up with the message of healing, grace, mercy, reconciliation and love all over the world.

If we continue to center programs around comedy, we might as well continue to give temporary solutions to worshippers and forget God’s permanent solution to their challenges.

In all, the church should exercise great care and not allow the voracious and self-interested yearning to be a mega church dictate for her. Undoubtedly, humor has its place in church. But there are things you can joke about and there some that should be left on the altar of sanctity as a mark of respect and honor to God’s name and His emissaries.

Wednesday: The pursuit of Knowledge

As humans, we are creatures created to function with information (Knowledge)

Lack of Knowledge has been and still is one of the greatest challenges of our time. Isaiah 5;13 Therefore my people are gone into captivity

Knowledge has been and still is one of the greatest needs of our time.

2 types of information are needed for us to grow:

1 is for survival and 2 is for development.

(Hos. 4:6): In those days before the fall of the northern kingdom of Israel to the Assyrians (722 B.C.), the prophet Hosea focused upon one of the causes of Israel’s impending destruction — ignorance was a fundamental problem

As we continue to bind the devil and cast out darkness, we would require knowledge to serve God and work in light.

As we continue to break curses and chains, ask God for provision and breakthroughs. We would require knowledge to live in liberty, abundance and manage our resources.

As we continue to ask God for healings, we would require knowledge to embrace healthy living and eating.

1 Peter 2:2; As newborn babes desire the sincere milk of the word That u may grow.

The end of time is the beginning of eternity

Eccle 3:1: To everything there is a season, A time for every purpose under heaven:

Eternity: Endless, the same thing for ever.

Time: a component used to measure intervals or duration of events or change

Eternal God lives in eternity. (Outside of Time)

But God has never left us without His presence: Old Testament he was in present as God the Father, New testament (Apostles & disciples), As Jesus the Son, When He was Son left He sent the Spirit. In our days as Christians He is still here as Spirit.

Ecclesiastes 3:11: He has also set eternity in the human heart (Consciousness that there is something past this life (Time).)

Why did God keep us in time for now? To prepare us for eternity.

The end of time is the beginning of eternity. Everything in the Bible point to eternity. Things no longer measured by a succession of events

Eternity can be good or bad. SO Ihy 6:12 says to Christians, “Fight the good fight of faith, lay hold on

I Timothy 6:12 says to Christians, “Fight the good fight of faith, lay hold on eternal life to which you were also called.

What happened to the message of Unity & Love?

Romans 15:1 We who are strong ought to bear with the failings of the weak and not to please ourselves.
1 Corinthians 9:22
To the weak I became weak, to win the weak. I have become all things to all men, so that by all possible means I might save some of them.

Galatians 6:2
Carry one another’s burdens, and in this way you will fulfill the Law of Christ.

Philippians 2:4
Each of you should look not only to your own interests, but also to the interests of others.

1 Thessalonians 5:14
And we urge you, brothers, to admonish the unruly, encourage the fainthearted, help the weak, and be patient with everyone.

Hebrews 10:25King James Version (KJV) Not forsaking the assembling of ourselves together, as the manner of some is; but exhorting one another: and so much the more, as ye see the day approaching.

The principles and values of Christianity are defined by the Bible and not by doctrines or cultures   of the western or African church.

Tough to forgive when u have been hurt or lost a love one. You are justified to feel bad and grieve.

Ignorance can make you mistake misinformation for fact or truth.

Ignorance can make u mistake arrogance for confidence or intelligence.

Once flying, they still have a lot to learn b4 they can survive on their own. They begin to learn to use their instinct very well. They never get it right the 1st time or all the time. Then They launch out when they are mature enough.

If the eaglets did not discover their ability to soar and hunt, they would never be able to do what eagles are empowered to do! They would never experience what it feels like to be an eagle. Don’t remain an eaglet in your faith, career, academics and all.

Quit creating excuses and pursue results. If you fear failure you might never be successful because the path to success is filled with multiple failures.

You don’t lose when u fail! No. You learn. What you have learnt from that failure might be the difference between your present state of failure and your next level of success.

Unity: Employees are united by strategic goals of their organizations.

Members of a sports team are unified by one goal: Winning the competition etc

People could be united for good and for bad.

Christianity was birthed in Acts 2 with an ideology of shared life in Christ.

Ethnic disputes arose in Acts 6, In 1 Cor 1:12 Paul pointed out a case of division

The idea of labelling ourselves began. This is very alive among us today.

1 Corinthians 12:13: For we were all baptized by one Spirit so as to form one body

Ephesians 4:3-13; Make every effort to keep the unity of the Spirit through the bond of peace. Unity we should pursue is unity of truth, love, peace.

Need to develop a determined effort to be committed to a system designed and instituted by God.

Acts 1:8 United to be a witness to the existence of mercy, grace, love, kindness, forgiveness the kind the world has never seen, experienced or heard of.

Col 3;16. Let the word of Christ dwell in you richly, teaching and admonishing (not condemning) one another in all wisdom. (Irrespective of Denomination)

John 17: Jesus prayed for unity for his disciples. Agreed there is problem. But if we keep mummering on and glorifying the problem, all people will know and learn about is the problem. We can acknowledge the problem and then move from that standpoint to the biblical standpoint.

Ephesians 4:3-13; Make every effort to keep the unity of the Spirit through the bond of peace. Peace is not the absence of war but the presence of harmony.

Let’s set aside areas where we disagree and come together where we agree.