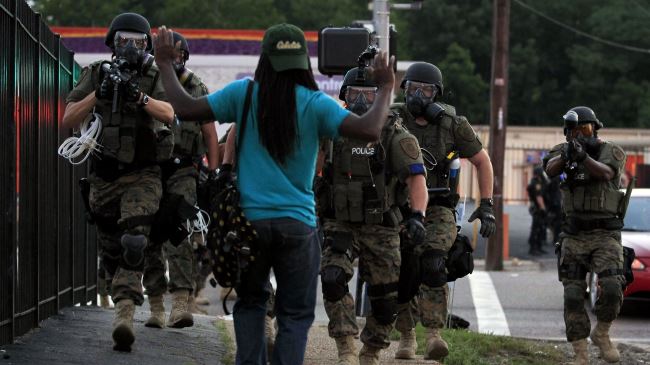 Iran’s Foreign Ministry has condemned the US’s “targeted discrimination” against African Americans after an unarmed black teenager was fatally shot by the US police and protests over the killing were met with a heavy crackdown.

“The targeted discrimination against the black in America by the US police and the judicial system and the suppression of protesters… are clear instances of violations of human rights of people of color in the US,” Foreign Ministry spokeswoman Marzieh Afkham said on Tuesday.

Afkham said the breaches come as the US administration constantly publishes reports of alleged human rights violations in other independent states.

The Iranian official called on the US to comply with the articles of International Convention on the Elimination of All Forms of Racial Discrimination as a member state.

Afkham also extended her condolences to the family of the victim and called for the prosecution of Brown’s murderer.

Michael Brown, 18, was killed on a residential street by a white police officer in the town of Ferguson in the state of Missouri on August 9. Several demonstrations have been held in the state following the incident with protesters calling for justice in Michael’s case.

The victim’s family has described the killing an “execution style murder,” and called for the arrest of the white cop, who has been identified as officer Darren Wilson.

An initial autopsy has revealed that Michael was shot at least six times, including twice in the head.

The killing of Brown has inflamed racial tensions in the largely black community of Ferguson. Heavily-armed police officers with military equipment have been deployed to the town to disperse demonstrators.