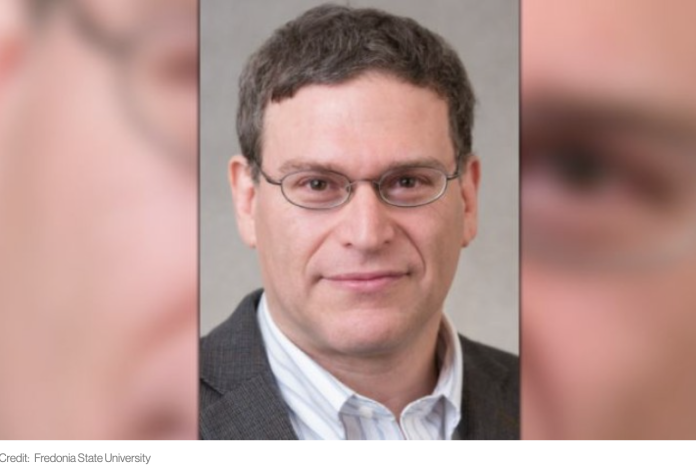 Claims there are “evolutionary advantages to child/adult sex.”

A SUNY professor is under investigation after video clips emerged of him asserting that “it’s a mistake” to think pedophilia is wrong and that there are “evolutionary advantages to child/adult sex.”

As part of his libertarian philosophy, Kershnar believes that society’s reaction to pedophilia is what’s wrong, and that consenting sexual relationships between adults and children could actually be a good thing.

“Imagine that an adult male wants to have sex with a 12-year-old girl. Imagine that she’s a willing participant. A very standard, very widely held view is that there’s something deeply wrong about this. It’s wrong independent of it being criminalized,” said Kershnar.

“It’s not obvious to me that it’s in fact wrong,” he continued. “I think this is a mistake. And I think exploring that why it’s a mistake will tell us not only things about adult/sex and statutory rape and also fundamental principles of morality.”

Kershnar asserted that there was no minimum age at which pedophilia could be considered wrong.

It gets worse. Much worse: pic.twitter.com/OV8Zuk2qg1

“The notion that it’s wrong even with a one-year-old is not quite obvious to me,” he luridly claimed.

He went on to assert that in some foreign cultures, grandmas perform oral sex on baby boys to calm them down, adding, “It’s hard to see what would be wrong with it.”

The professor said claims that it’s wrong because kids “can’t understand” sex can be countered by pointing to other activities children enter into but don’t fully understand, such as judo tournaments or bar mitzvahs.

Kershnar went on to claim there were “evolutionary advantages” to child/adult sex and that there were a “surprising number of college age males” who show an attraction to pre-pubescent children.

“So it’s fairly widespread among young men particularly young men in our society,” he claimed.

Another clip features Kershnar insisting that society’s reaction to pedophilia is what’s wrong with it, not the act itself.

Professor Stephen Kershnar suggests sex with a minor might only be harmful because of the way society reacts to it and not because of the actual act pic.twitter.com/aYVZ0twa4k

SUNY Fredonia President Stephen H. Kolison responded to the controversy by saying Kershnar’s comments were “reprehensible” and that the matter is under investigation.

The mainstreaming of pedophilia is a cultural trend that has crept up as society becomes more degenerate and moral relativism takes hold.

Spouting the same sentiment as Kershnar, a “non-binary” associate professor at Old Dominion University recently called for the “stigma” of pedophilia to be ‘delegitimized’.

Last month, we highlighted how USA Today had hastily deleted a series of tweets which critics said were tantamount to the normalization of pedophilia after the newspaper cited “science” to assert that pedophilia was “determined in the womb.”