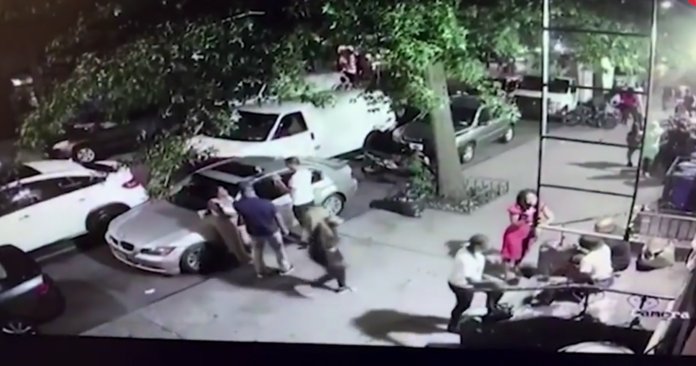 Media reports that Ms. Delia Johnson was speaking to a group of people on Franklin Avenue at Prospect Place in Crown Heights, central Brooklyn at around 9.40pm on Wednesday when she was murdered.

She was said to have been coming from a funeral and was probably trailed by the assassin who parked and pulled up out of a white vehicle to walk directly to late Ms Johnson and shoot her in the back of the head, while totally unaware. The assassin then appeared to put another shot into the body of Ms. Johnson before walking back to her car and driving off.

“She was at a funeral earlier in the evening for an old neighbourhood friend to pay her respects, and then this happened,” her brother, Mathis Johnson, 47, told the New York Daily News. “It was horrible. That lady executed my sister.”

A man who is suspected to possibly be an accomplice, is seen apparently talking to her through the car window before she drives off.