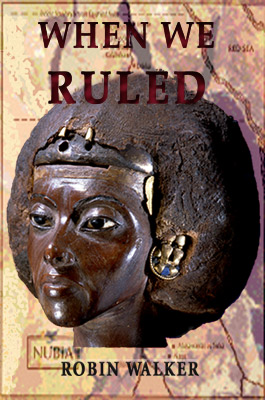 NewsRescue- According to an article in the Time magazine, a trend of many Afrocentric teachers in the United States, teaching ‘Reverse racism’, whereby students are made to appreciate the ‘Black’ race as the greater and best of the races, and pioneer roles of Blacks are markedly delineated, to create a sense of Back pride… to the extent of superiority over other races, was a step backward and not a solution to the problems of racism and racial discrimination which so far has been mostly of the ‘white’ supremist kind.

Time magazine went ahead in their article to actually carelessly sweep all the items taught, under a carpet of fallacy.

But is this true? Did Time magazine take their time to research the facts and confirm whether the material taught was real or not…or was Time in itself being discriminatory. Read a clip below from Time’s article:

The teachings are sheer fantasy, unsubstantiated by any credible evidence: ancient Egyptians mastered flight with gliders, which they used for both recreation and travel. They invented electric batteries and mastered electroplating, discovered the principles of quantum mechanics and anticipated Darwin’s theories of evolution. Furthermore, all Egyptians were black, and their abundance of the dark skin pigment, melanin, not only made them more humane and superior to lighter-skinned people in body and mind but also provided such paranormal powers as ESP and psychokinesis.

Incredible as it may seem, these fallacies are being included in public school multicultural courses in a growing number of U.S. cities and espoused in black-studies departments on some college campuses. The ideas represent the views of extremists within the Afrocentric movement, which is intended to acquaint U.S. blacks with their long-ignored African heritage and raise their pride and self-esteem. While approving of the legitimate aims of Afrocentrism, many educators, both black and white, are concerned that its excesses will subvert the very goals it seeks to accomplish. Read article

It is obvious from the first words, that Time had taken a very decisive stance on this topic. A definitive claim of fantasy was thrown at the reader right from the fifth word. Further more, Time claimed that this was an effort at futility. We at NewsRescue will like to hereby reject Time’s claims from both fronts. Firstly, that this type pf curricula is an effort at futility has been proven absolutely false in the making of a Black man, Barrack Obama, president of the United States of America. This, remarkable achievement was only made possible by an appreciation of Black prowess both among Blacks and other races, and this type of curricula is certainly responsible for this re-elevation of the suppressed Black race to a position of superiority or at least equality with other races priorily squashing them.

Secondly that these proclaimed achievements are sheer fantasy has easily been dis-proven by solid evidence that has arisen out of Africa. Much such evidence can be found in a book written by Robin Walker-  ‘When We Ruled‘, that has 100 amazing facts about the Africa before wars and colonialists came and disrupted the progress, and the likes of Alexander looted African libraries in Egypt and the French looted Mali libraries. This evidence ranges from these ultra modern Toilets seen in Obama’s fathers country of origin, Kenya,where ultra modern water sewage systems and pipe borne water has been proven to have existed long before the west started such developments…and that sad period (the dark-filth ages, the filth-plague ages) in history when the ‘western’ world seldom took baths and had no bath tubs…and indeed suffered from this unclean behavior.

It is remarkable that in the three page article in Time magazine, not a single picture was posted, either deliberately or by omission, to give the reader a visual on the basis of the claims being made. Here again we present images of the famous ‘dendera bulbs’ found in Egypt hieroglyphics and the modern laboratory reproduced demonstration:

A quick internet search quickly exposes us to numerous websites where the many amazing advanced developments of ancient pre-colonial Africa are proudly displayed. These range from window glass in Ghana, to the people of Timbuktu Mali having first voyaged to and discovered the America’s,long before Columbus made his journey in which he took along Muslim navigators to help him find the land he thought was India.

See these articles: NewsRescue- When We Ruled! Africa’s reign

Timbuktu- Journey From World Richest Nations, Voyaging To The Americas Before Columbus, To Poorest

Anthropologists have proven that the Timbuktu(Mali) Mandinkos under Mansa Musa’s instructions explored many parts of North America via the Mississippi and other rivers systems. At Four Corners, Arizona, writings show that they even brought elephants from Africa to the area. [read more]

We at NewsRescue believe that history is a story historically told to the tellers advantage, and much taught in conventional history class is actually unproven and many a times absolute fallacy.

Hence we support an objective analysis of these teachings and though we do not in anyway encourage ‘reverse racism’, and advice teachers to teach tolerance as they display these achievements by Africans before they were conquered and robbed, we insist that they must teach the truth, and if this is the truth, then let it be taught.