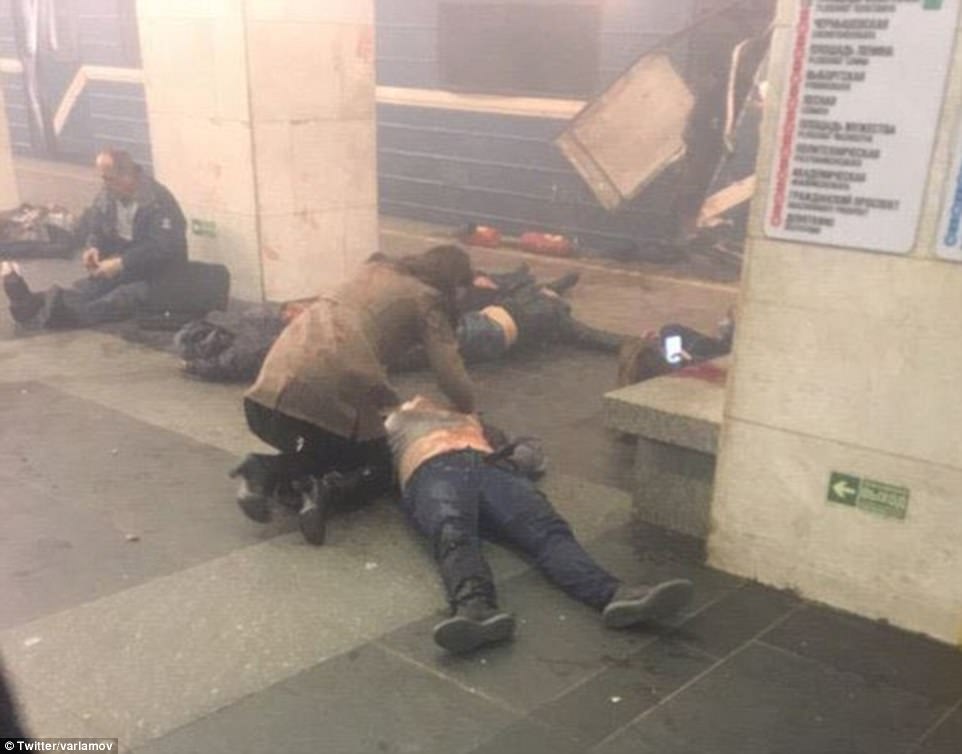 A nail bomb has ripped through a train in St Petersburg killing at least 12 people and injuring 50 more today.

The terrifying incident, which is being investigated as a terrorist attack, took place on a train that was travelling between Sennaya Ploshchad and Sadovaya stations and a second, unexploded bomb has been found according to reports.

The incident has left dozens injured including children injured and witnesses described a man throwing a backpack onto the train moments before the explosion.

Vladimir Putin is in his hometown of St Petersburg today for talks with the president of Belarus and has confirmed ‘there are dead and injured’ and offered his condolences to the families of those killed.

Investigators are looking into a possible terror attack and are keeping an open mind to the motive of the subway blast, the Kremlin leader said.

Putin, who wanted to visit the scene of the attack but was held back by security services, said: ‘I have already spoken to the head of our special services, they are working to ascertain the cause of the blasts.

‘The causes are not clear, it’s too early. We will look at all possible causes, terrorism as well as common crime.’