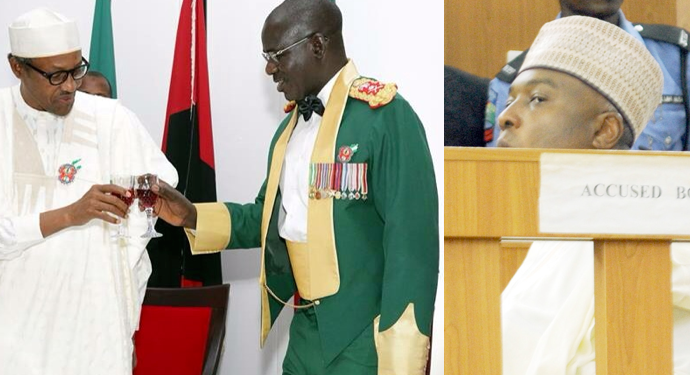 The bandits were said to have entered Tsauwa and Dankar villages at the time of prayer, around 6:30pm and burnt several houses, animals and properties worth millions.

The Katsina State Police Commissioner, CP Sanusi Buba who led a joint team of Police, accompanied with the men of ‘’Operation Puff Adda’’, Nigeria Army and newsmen to the two affected villages, confirmed the incident He expressed sadness over the situation, saying about 21 persons were confirmed death in Tsauwa village who were mostly elderly men.

The villagers further appealed to Governor Aminu Bello Masari to quickly intervene into the incessant attacks in the state for them to have rest of mind. When we arrived the villages in the convoy of the security operatives, the people of Tsauwa village were seen burying the corpses of their beloved families in tears.

A number of houses were burnt in Tsauwa, including domestic animals like goats, cattle which were not spared in the incident, as their foods and several other items were taken along. Dankar village was turned to a ghost town as several villagers have fled for safety in nearby towns to avoid further attacks.

Buhari, You Have Not Sentenced A Single ...