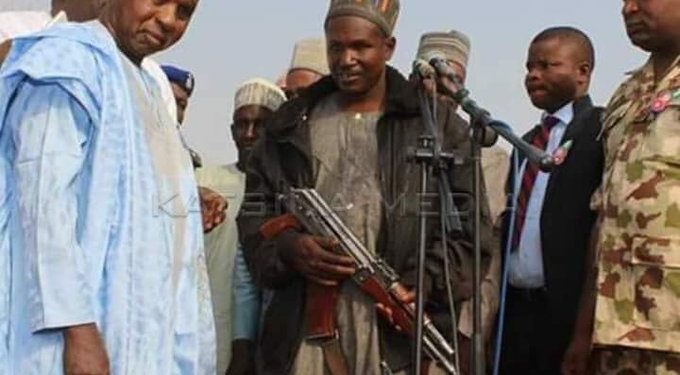 Chairman of Mubi South Local Government Area, Ahmadu Dahiru,  disclosed this on Saturday in Gyala, stressing that the area was under siege.

He called on the Nigerian Government to rise to the challenge of kidnapping and banditry around communities sharing common border with Cameroon.

He said people of his area were living under constant threat from Kidnappers, stressing that kidnapping was almost a daily occurrence in Gyala.

He said, “Five people were kidnapped in Kwaja, while two others were picked in Sahuda all in the preceding week.

“They (kidnappers) are hiding on top of these hills from where they launch attacks at will.

“We’re therefore pleading with the government to intervene and save our people from Kidnappers.”

The state police command through its spokesperson, DSP Suleiman Nguroje,  confirmed the killing of the two policemen.