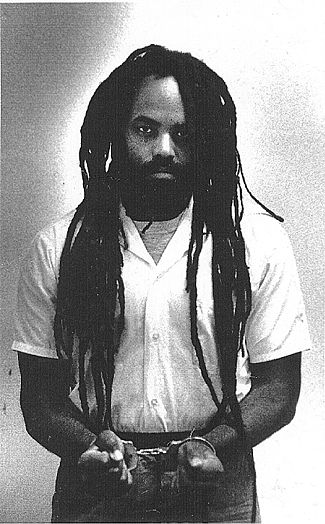 The NYC Free Mumia Coalition just hosted a critical but disturbing update on the latest with the world’s most famous political prisoner.

At issue is how Pennsylvania Corrections will just not give this man the medical treatment he needs and how they now appear to be preparing to subject him to punitive transfer for taking this into court.

People’s attorney Bob Boyle, who played key roles in securing the release of  Dhoruba Bin Wahad and most recently Marshall Eddie Conway, reviewed in detail how Mumia’s medical saga actually goes back to 2012 when Mumia was first diagnosed as having the trait for the Hepatitis C that is now ravaging his body.

Instead of monitoring his health for what it obviously implies, the state began a pattern of ignoring and band-aiding the emergence of all of the symptoms that indicate the onset of the disease and that ultimately put him at death’s door when he suffered Diabetic Shock on March 30th.

So now, not only does Mumia have a dangerously active case of Hepatitis C, he also has several just as dangerous related conditions consistent with the disease. He has Diabetes and that almost killed him when those symptoms were ignored. Over 70% of his body is now violently disfigured by the scarring of his skin also associated with the disease. In fact, Dr. Joseph Harris, a Bronx based African American doctor, believes that the dangerous skin scarring that Mumia is suffering may be a side effect of the disease that is particular to people of African descent.

Esperanza Martell, working in overdrive for the release of Puerto Rican political prisoner Oscar Lopez Rivera and a longtime Mumia supporter, laid out in horrific detail how Mumia’s treatment is a throwback to what was done to the immortal Don Pedro Albizu Campos. Between 1951 and 1956, Campos, the legendary ‘Father of Modern Puerto Rican independence,’ was subjected to radiation torture in the guise of medical treatment that also brutally disfigured his skin and ravaged his health! She laid out ultimately it was the applying of pressure in the international arena that proved key in securing his release. Tragically, Campos died shortly after his release as a consequence of the medical abuse.

Johanna Fernandez, who just visited Mumia several days ago, revealed an ugly, painful detail not previously known to the public.

“Mumia has suffered encephalitis as a consequence of the disease,” she uttered hurtfully.

Encephalitis is imflamation of the brain!

What he used to do to process in an hour with his work, outlining an essay and then putting it to paper, now takes him days.

“But it is his incredible engagement with books and words that has helped keep him going,” she explained.

She then linked his ordeal to another key issue of these times…mass incarceration. She asserted that they are not just trying to kill Mumia “body and soul” for beating death row, they are using this mistreatment to NOT establish a treatment precedent. There are 10,000 other prisoners in the state of Pennsylvania who are also suffering from Hepatitis C and are also being denied treatment.

If Mumia gets the legal mandate for the treatment he needs, it should lead to all of those other prisoners also getting that treatment. This is also a key piston in the engine driving the state’s denial of Mumia’s diagnosis and necessary treatment.

Zayid Muhammad, who has been a diehard Mumia supporter for 25 years, shook his head and angrily said that “this is not just about the torture and sickening of Mumia and the violation of his human rights.”

“This is where mass incarceration is linked to genocide.”

Particularly maddening in all of this is that Mumia’s illness is curable. Denial of treatment, however, has deadly implications.

“Failure to treat Mr. Abu-Jamal’s Hepatitis C will result in serious harm to his health. He faces an increasingly serious risk of suffering from fibrosis and cirrhosis, liver cancer, complications of his diabetes, and eventual death,” read a statement of health experts Boyle produced at that forum.

Attorney Jill Elijah, who has also worked on a number of political prisoner cases, may have provided the evening with the only bright spot when she explained that NY state has just developed a medical treatment protocol for Hepatitis C that it will now use in the NY state prison system, and that may prove to be an embarrassing factor to compel the state of Pennsylvania to ultimately do the same,…whether they want to or not…

Sound the drum! Make the calls now! Demand Treatment to Cure Mumia’s Hepatitis C and ‘NO’ to any Retaliatory Transfer: