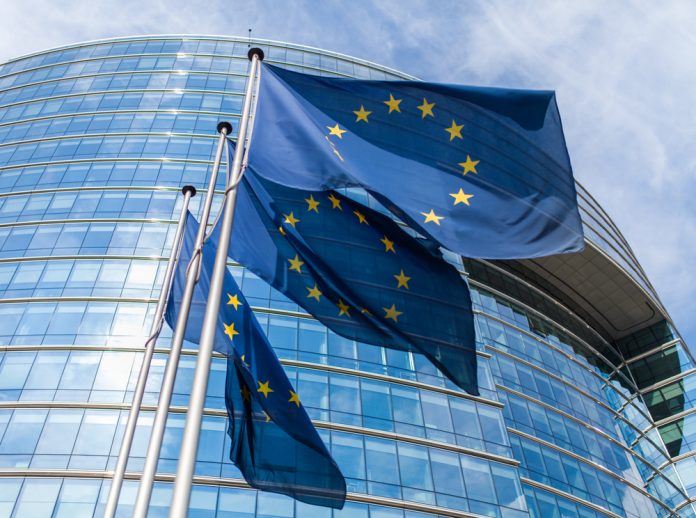 As some Europeans continue to resist mandatory vaccine measures, a group of parliamentarians have upbraided the Commission for allowing pharmaceutical companies to ‘run roughshod over democracy.’

One of the most important lessons people learn early in life is to never plunk down hard-earned cash on a product before reading all of the fine print contained in the contract. ‘Caveat emptor,’ as every subject of the Roman Empire instinctively understood.

Yet, it seems that few bureaucrats in Brussels have purchased a new home, used car or some newfangled device lately, because that’s exactly what these bumbling fools have done. In an effort to ‘protect the health of their constituents,’ they bought millions of batches of Covid vaccines from various pharmaceutical companies without letting lawmakers sneak a peek at the contracts.

As it turns out, entire pages of these documents – the few that have been made public, that is – have been heavily redacted. This has raised more than one eyebrow in the European Union, and perhaps none more conspicuously than that of Romanian MEP Cristian Terhes.

At the weekend, Terhes appeared at a press conference in Brussels with several other EU lawmakers at this side, all visibly shaken by the news that they would be required to produce, starting on November 3, a digital ‘green pass’ to gain entry into Parliament. Like many EU citizens, these lawmakers have declined to get the vaccine not because they are ‘anti-vaxxers’ but because they have been denied critical information regarding the product and procedures. Now they will be refused entry into Parliament, the place where the will of their people is (supposedly) represented.

Terhes revealed that, back in January, EU lawmakers were demanding “full access to the contracts signed between these companies that produce the vaccines and the European Union.” To say the parliamentarians were disappointed would be a gross understatement.

The Romanian MEP, who represents the Christian-Democratic National Peasants Party, quoted from a Euractiv article that reported: “The contract, signed between pharmaceutical company CureVac and the European Commission in November, was made available to MEPs [on January 12, 2021] in a redacted format after the company agreed to open the contract up to scrutiny.”

That is really putting the cart before the horse, for how can something that has been so grossly redacted be opened up to scrutiny? Terhes railed that Brussels is “imposing a medical product on European citizens without them knowing what’s in these contracts.” That’s simply inexcusable and should be easily struck down by even a third-rate lawyer.

More astonishing is that not even the EU members of Parliament know the details of the agreements.

To prove his point, the Romanian MEP held up individual pages of the CureVac contract, each one heavily redacted like some kind of imitation of artist Kazimir Malevich’s ‘Black Square.’ It doesn’t get any less concerning when we drill down to which parts of the contract were blacked out. According to an analysis conducted by Euractiv, “4.22% of the liability section and 15.38% of the indemnification section was found to be redacted, while 0% of the section on the processing of personal data was redacted.”

EU citizens' rights are severely violated by the Digital Certificate. We will fight for your right to freedom, which has to be restored in the EU! Full Press Conference 28.10.2021 https://t.co/WDryDuiCXD

Meanwhile, the contract’s annexes, which delve into the nitty-gritty details of the agreement, were redacted by some 61%. In total, almost 24% of the contract was hidden. Now ask yourself this simple question: Would you sign up for a home mortgage if it was discovered that one-quarter of the agreement was missing? I’ll crawl out on a limb and guess ‘no.’ Nor would anyone think you were ‘anti-mortgage’ or ‘mortgage hesitant’ if you did so.

The truth is that you, and millions of other rational people exactly like you, are simply ‘pro-transparency.’ Yet these medical consumers are being treated like second-class citizens for simply wanting more information before they agree to be injected with something. ‘My body, my choice’ is a battle cry that no longer applies, as millions of people are quickly discovering, in the current authoritarian climate.

Keep in mind that it is on the basis of these contracts that Europeans must come to a decision, based on “informed consent,” that they will ‘voluntarily’ take the jab so as not to be ostracized from polite society. Unless they agree to take one of the available vaccines, citizens of the EU face potentially being denied the right to work, enter a store, buy medicine, take their children to school and freely travel from one country to another.

Naturally, this makes the stakes for not taking the jab incredibly high, but that only makes it worse that details are being deliberately withheld from the public. It is no secret that the pharmaceutical giants enjoy full indemnity in the event that an individual suffers death or injury after receiving a Covid shot.  And although such unfortunate occurrences appear to be rare, even Pfizer-BioNTech, which has been granted approval to extend vaccinations to 12 to 15-year-olds in the EU, seems uncertain as to what the long-term effects of the vaccines may be.

“Additional adverse reactions, some of which may be serious, may become apparent with more widespread use of the Pfizer-BioNTech Covid-19 Vaccine,” it clearly states on its website.

In February, the Bureau of Investigative Journalism released a damning report on Pfizer, saying negotiators for the drug company had behaved in a “bullying” manner with several Latin American countries. In Argentina they demanded “additional indemnity” against civilians seeking legal compensation after suffering adverse effects from their vaccines. In the agreements, Pfizer takes great care to ensure that all financial responsibility for compensating citizens injured from the inoculations is that of the respective government.

The company also enjoys the protection of non-disclosure agreements with many of its nation clients, including the European Commission and the US government. With regards to the EU, Brussels is forbidden from disclosing information that would be “material to Pfizer without the consent of Pfizer,” Public Citizen reported.

In fact, CureVac was being quite generous with the EU Commission, considering it was the only pharmaceutical company that agreed to release its contract to the light of day. Of course there wasn’t much to inspect with all of the redactions, but beggars can’t be choosers, right?

In light of the steady pressure bearing down on Brussels, much of it happening behind closed doors, the European Commission has obliquely admitted – almost one year too late, and after the rights and freedoms of European citizens have been crushed underfoot – that they failed to use good judgment when ramming through these emergency vaccines.

Last week, in an overwhelmingly passed resolution (458 in favor, 149 against and 86 abstaining), the EU Parliament demanded legislation that would make “the process of researching, purchasing and distributing Covid-19 vaccines more transparent, stating:

“This would enable MEPs to effectively scrutinize EU vaccine policies. At the same time, the Commission should be discussing these policies more openly with citizens.”

This shocking statement by the EU Parliament shows how little respect Brussels had for democratic principles when it was negotiating with the vaccine makers, who have, incidentally, reaped a windfall from the pandemic. The parliamentarians, who are coming under fire at home, demanded that “the Commission discloses who negotiates vaccine purchases on its behalf. It should publish purchase agreements made with vaccine suppliers, including details of public investments and vaccine costs, and publicise any potential breaches of contract.”

Then, in what comes off as the understatement of the century, the MEPs are of the opinion that “more information could help counter vaccine hesitancy and disinformation, and pharmaceutical companies should also release extensive clinical trial data and reports.”

Oh, you think so?

The following question is not an idle one: Why are MEPs ONLY NOW talking about the total lack of transparency and democracy that occurred between the EU Commission and Big Pharma? A more cynical person would be tempted to say it’s because the draconian vaccine mandates have finally reached the very door of Parliament, where the power brokers find themselves locked out of their offices, much like thousands of people on the street. Welcome to the club.

In any case, the fact that Brussels has withheld the details of its agreements with the vaccine makers for almost a year, while at the same time casually destroying the civil liberties of its citizens, totally disqualifies them from punishing those people who are ‘hesitant’ about receiving the vaccine. ‘Informed consent’ is essential to any functioning democracy, and Europeans were clearly denied that right. Do the right thing, Brussels, and release these heavy chains from your people. The world is watching.