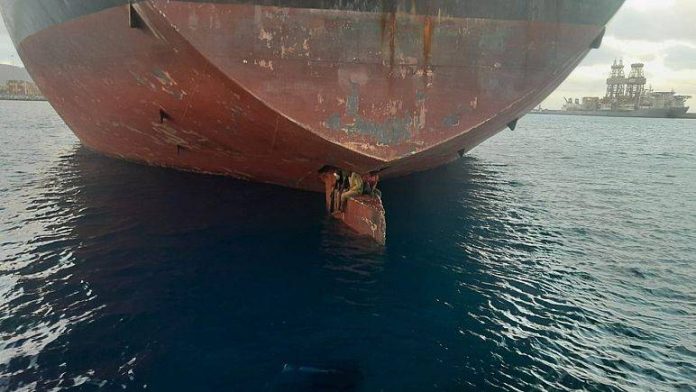 According to report, three African migrants have arrived in Spain’s Canary Islands after spending 11 days on a ship’s rudder from Lagos.
According to the report, the men appeared to be dehydrated and hypothermic, and Spanish authorities rushed them to the hospital for medical attention.

On Monday, the website of Spain’s maritime safety and rescue society, Salvamento Martimo, revealed this.
It was revealed that the migrants were sitting on the rudder of the Alithini II oil tanker, which left Lagos, Nigeria, on November 17th and arrived in Las Palmas on Monday. Las Palmas is the capital of Gran Canaria, one of Spain’s Canary Islands off Africa’s northwest coast.

Because they are only 100 kilometers west of Morocco, the islands have become a popular transit point for African migrants attempting to reach Europe. According to Spanish data, sea migration to the archipelago increased by 51% in the first five months of the year compared to 2021.
Despite the danger, stowaways have been discovered traveling on the rudders of commercial ships to the Canary Islands before.

After surviving two weeks on a ship’s rudder, a 14-year-old Nigerian boy was interviewed by Spain’s El Pas newspaper last year. He had left Lagos as well.
Another four people were apprehended by police in Las Palmas in October 2020 after stowing away on the rudder of an oil tanker from Lagos for ten days.