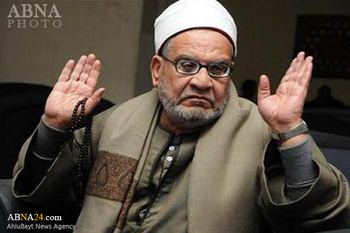 According to Ahlul Bayt News Agency – ABNA – the recent meeting of Sunni leaders about the essence of this creed which was held in Chechnya was very controversial.

It is interesting that Wahhabism was not included in the category of Sunni Islam and this caused an outrage in Wahabi Saudi missionaries.

He pointed out at the scientific diversity at Al-Azhar and remarked that this institution does not look forward to excommunicate any group of believers and considers Shiites and Zaydis Muslims and respects them and added “no doubt the venomous snakes have been annoyed because Al-Azhar did not mention their names as Muslims. Wahabisim is a perverse sect. they are apostates and excommunicate everyone including “Abu al-Hasan al-Ash’ari”, “Abu Mansur al-Maturidi”, Al-Azhar, Shiites, and Zaydis. If the world is looking forward to uproot terrorism, it has to stand against Wahabism because they are the root of all sedition and conflict. No doubt they would slam this meeting even though we did not excommunicate anyone and actually are hopeful to meet our Shiite and Ibadi brothers in future meetings.”

He stressed that Saudi Arabia has established some schools in Central Asia to propagate extremist and takfiri ideology. The youth are raised under Anti-Shiite/Ibadi ideology and join terrorist groups later on.