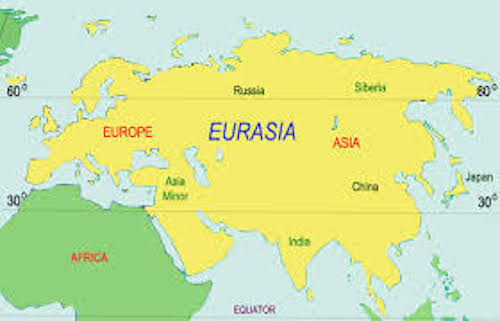 The 21st century’s Great Game is about the creation of a new Eurasia-centred world. It locks China, Russia, India, Japan and Europe into what is an epic battle. Yet, they are not the only players. While US President Donald J. Trump’s policies are still largely shrouded in mystery, early indications suggest a closer alliance with India in a bid to counter potential Chinese dominance.

Middle Eastern rivals, Saudi Arabia and Iran, are key players too. As they vie for big power favour, they compete to secure the ability to shape the future architecture of Eurasia’s energy landscape, enhance leverage by increasing energy and oil product market share, and position themselves as the key nodes in infrastructure networks.

With China and a US-backed India as the heavy weights, the Great Game is unlikely to produce an undisputed winner. Nor do key players perceive it as a zero-sum-game. The stakes in the game are about ensuring that China despite its vast resources, economic leverage, and first starter advantage in infrastructure linkage, does not emerge as the sole dominant power in Eurasia’s future architecture.

For players, such as Europe, Russia and Japan, the game is about ensuring that they remain influential stakeholders. Efforts to restrain China’s rise are enhanced by growing anti-China resentment in key nodes of the Middle Kingdom’s 65-nation, $3 trillion One Belt, One Road initiative[1] and increased questioning of China’s business practices.

Some of the alliances in the shaping of Eurasia’s future are opportunistic rather than strategic. This is particularly true for Russian ties to China and Iran. The contours of potential conflicts of interest are already evident and likely to impact the degree to which China will have a free reign.