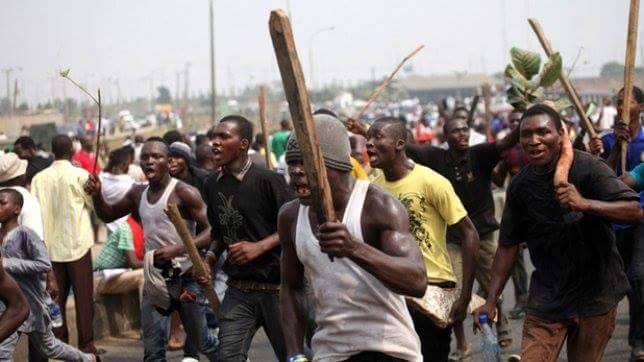 Nearly 40% of countries across the globe will see some form of civil unrest or riots in 2020, according to a new study.

Political analyst firm Verisk Maplecroft predicts that 75 out of the world’s 195 countries will see some form of social disorder this year.

That’s an increase on the 47 countries, about a quarter of the world’s total, that saw civil unrest in 2019.

The report predicts that the intensity of unrest is likely to be higher than 2019 due to the danger of protesters being on the receiving end of human rights abuses by authorities.

The study names major countries such as Russia, China, Saudi Arabia, Nigeria, Turkey, Thailand and Brazil that are all likely to experience major social disorder.

It also warns corporations that they will be seen to be siding with authoritarianism unless they act responsibly in the affected countries.

“Companies are at substantial danger of complicity if they employ state or private security forces that perpetrate violations,” states the report. The report said,

“With protests continuing to rage across the globe, we expect both the intensity of civil unrest, as well as the total number of countries experiencing disruption, to rise over the coming 12 months.”
It indicated an increased rate of protests in 47 countries including Nigeria.

“Our quarterly Civil Unrest Index reveals that over the past year 47 jurisdictions have witnessed a significant uptick in protests, which intensified during the last quarter of 2019. This includes locations as diverse as Hong Kong, Chile, Nigeria, Sudan, Haiti and Lebanon.

The report said that Nigeria. Lebanon and Bolivia have had the worst negative jumps recently.

“Figure 2 puts this deterioration into stark perspective, showing the flashpoints that have seen the largest increases in unrest between the start of 2019 and early 2020. During this period, Chile and Hong Kong have plummeted in the ranking of 198 countries, from 91st to 6th and 117th to 26th highest risk respectively. Other hotspots, including Nigeria (ranked 8th), Lebanon (13th) and Bolivia (21st), have also recorded some of the biggest negative swings in the index.”

Economic Risk of Billions of Dollars

The report described the negative impact of protests to doing business in nations experiencing civil unrest which cause losses in the billions of dollars.

“The number of countries rated extreme risk in the Civil Unrest Index has also jumped by 66.7%; from 12 in 2019 to 20 by early 2020. Countries dropping into this category include Ethiopia, India, Lebanon, Nigeria, Pakistan and Zimbabwe. Sudan, meanwhile, has overtaken Yemen to become the highest risk country globally.

“An ‘extreme risk’ rating in the index, which measures the risks to business, reflects the highest possible threat of transport disruption, damage to company assets and physical risks to employees from violent unrest. Most sectors, ranging across mining, energy, tourism, retail and financial services, have felt the impacts over the past year.

“The resulting disruption to business, national economies and investment worldwide has totalled in the billions of US dollars. In Chile, the first month of unrest alone caused an estimated USD4.6 billion worth of infrastructure damage, and cost the Chilean economy around USD3 billion, or 1.1% of its GDP.”

The full report can be read here: https://www.maplecroft.com/insights/analysis/47-countries-witness-surge-in-civil-unrest/