To pass the 2016 Appropriation Bill, Nigerian lawmakers engaged in what appeared as massive fraud, allocating obscene amounts of money to themselves to purportedly execute thousands of fictitious ‘constituency projects’, documents made available to PREMIUM TIMES have shown.

The documents were sent to this newspaper as tension intensified in the House of Representatives over the unfolding budget padding scandal.

The crisis was sparked by the removal of former appropriations committee chairman, Abdulmumin Jibrin, from his post.

The Speaker of the House, Yakubu Dogara, announced Mr. Jibrin’s departure in a statement on the floor of the lower chamber, saying he betrayed the trust reposed in him by his colleagues.

But in a blistering response, Mr. Jibrin denied the allegations, saying it was Mr. Dogara who in fact attempted to smuggle billions into the budget.

Mr. Jibrin also lashed out at Deputy Speaker, Lasun Yusuf; House Whip, Alhassan Doguwa; and Minority Leader, Leo Ogor, accusing them of colluding with Mr. Dogara to fraudulently insert up to N40 billion in new expenses for themselves from the National Assembly budget.

After several weeks of extensive negotiation and intrigues between the executive and the National Assembly, the 2016 budget was finally passed in April and President Buhari signed it into law on May 6.

But the damning documents sent to PREMIUM TIMES on Sunday showed how lawmakers sought Speaker Dogara’s benevolence to approve various ‘projects’ for themselves in their respective constituencies.

From provision for solar-powered boreholes in Kano to an urgent need to feed police cadets in Bauchi, lawmakers inundated Mr. Jibrin with requests to pad the 2016 budget with mainly projects they had no business canvassing for.

Many lawmakers jumped on the gravy train and routed their requests for ‘constituency projects’ through Speaker Dogara, the documents showed.

One of the documents showed how a whopping N2.8 billion was earmarked for just 56 of such petty projects.

The documents also showed that Speaker Dogara arbitrarily approved amounts for the fraudulent projects without any systematic costing, indicating that the requesting lawmakers were never expected to execute the projects, but to pocket the allocations.

Jonathan Gbefwi, one of the lawmakers whose names appeared on the documents, did not answer PREMIUM TIMES’ repeated calls and SMS for comments. Three other lawmakers had their lines switched off.

Mr. Dogara has vowed to remain silent in the face of the allegations, saying he would allow the House treat them at institutional level. 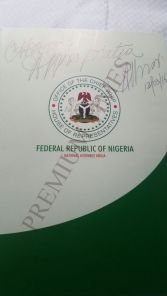 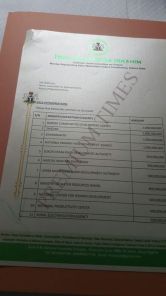 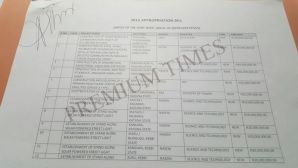 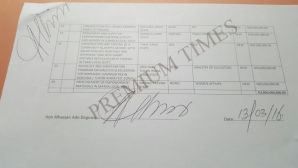 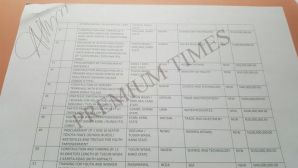 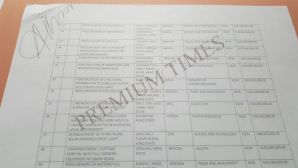 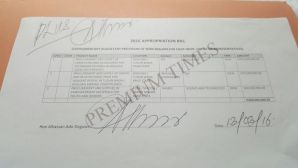 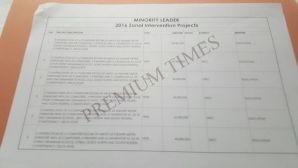 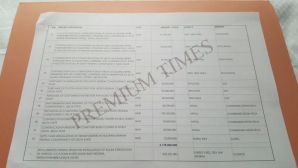 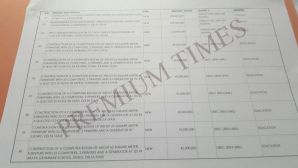 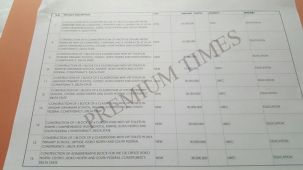 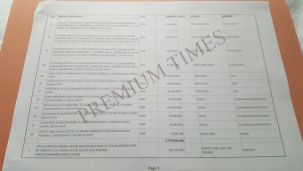 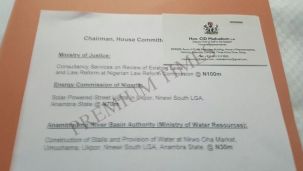 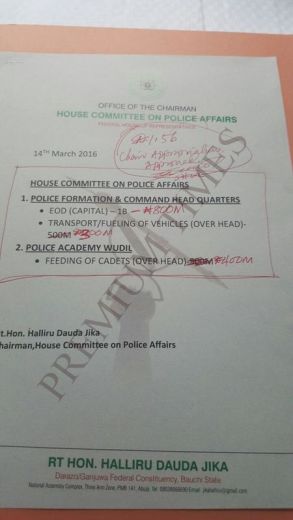 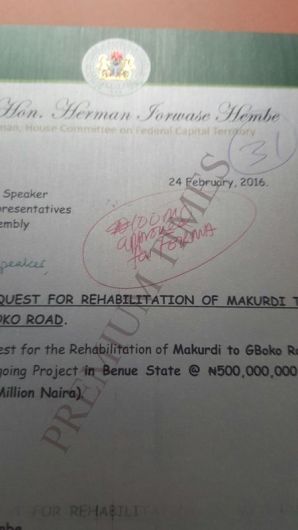 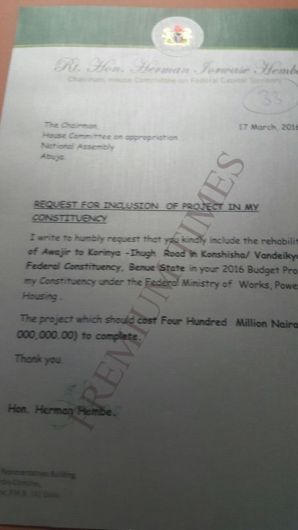 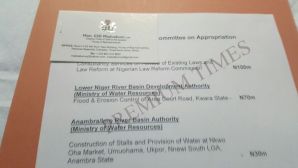