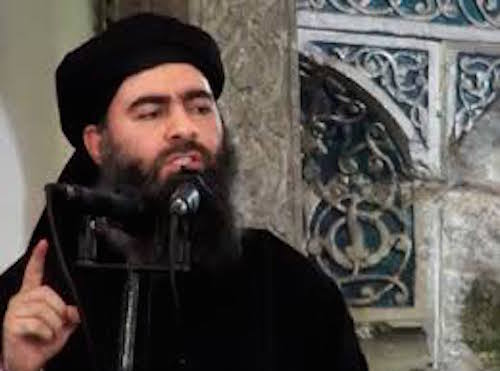 (CNN) President Donald Trump declared Sunday morning that ISIS leader Abu Bakr al-Baghdadi was dead after a US military raid in northwest Syria over the weekend.

The President said “immediate” and “totally positive” test results proved it was al-Baghdadi.

Trump said the ISIS leader “spent his last moments in utter fear, in total panic and dread, terrified of the American forces bearing down on him.

“The President said US forces obtained “highly sensitive material and information from the raid, much having to do with ISIS — origins, future plans, things that we very much want.

“Trump told reporters al-Baghdadi was under surveillance for a couple of weeks and that two to three planned missions were scrapped before the successful one was launched.

The US flew over certain Russian airspace during the mission, he said.The President said he watched the operation from the White House Situation Room but would not give more details of what type of feed it was.

Trump said it was a “very dangerous mission,” regarding flying in and flying out.During the mission he said US service members were met with local gunfire, which was eliminated.

A senior administration official said earlier Sunday that Trump approved the mission aimed at targeting ISIS leader Abu Bakr al-Baghdadi in a US military raid in northwest Syria.No US service members were killed in the operation, a US official told CNN.

CNN reported early Sunday morning that al-Baghdadi was believed to have been killed in the raid, according to a senior US defense official and a source with knowledge.

The final confirmation was pending while DNA and biometric testing is conducted, both sources told CNN.The defense official said it appeared that al-Baghdadi detonated a suicide vest during the raid.

The raid was carried out by special operations commandos, a source familiar with the operation told CNN. The CIA assisted in locating the ISIS leader, the defense official said.