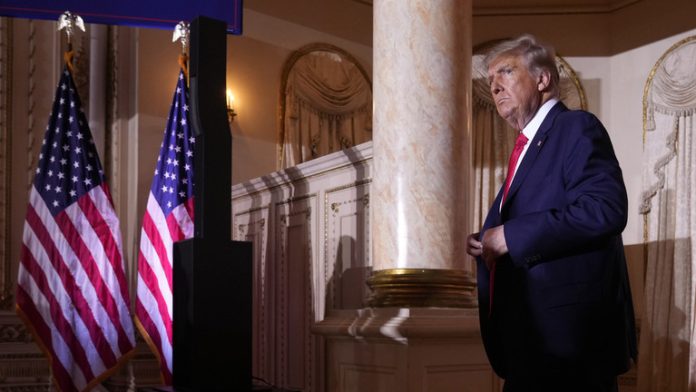 On Thursday, US Republican Matt Gaetz formally nominated ex-President Donald Trump to lead the House of Representatives, as members failed to elect a speaker for the 11th time in a row.

During the November midterm elections, Republicans narrowly retook control of the House.

However, the party has struggled to replace Democrat Nancy Pelosi as speaker because 20 Republican legislators have refused to support Kevin McCarthy for the position, instead voting for other candidates. According to CNN, the race for House Speaker is now the longest in over 160 years.

“My vote for Speaker of the House today? Donald John Trump,” Gaetz tweeted after nominating Trump during a roll call vote. Although the US Constitution does not specify whether the speaker must hold a House seat, only sitting members have previously been elected to the position of speaker.

Gaetz also posted a photo of Trump holding the speaker’s gavel on Twitter. He told Laura Ingraham on Fox News that he has “zero trust” in McCarthy. “I resent his use of lobbyists and special interests to dictate how political decisions, policy decisions, and leadership decisions are made,” Gaetz said.

On Wednesday, Trump endorsed McCarthy’s candidacy, urging House Republicans to “vote for Kevin, close the deal,” and “not turn a great victory into a giant and embarrassing defeat.” Gaetz and other anti-McCarthy Republicans, on the other hand, rejected his request.

McCarthy maintained his confidence in his ability to secure the position on Thursday. “So it’s OK if this takes a little longer and it doesn’t meet your deadline,” he told reporters after the House adjourned.