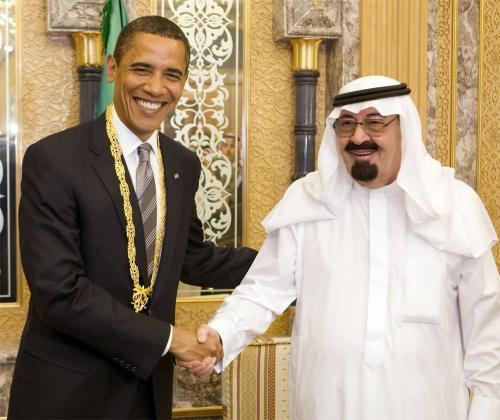 President Donald Trump’s executive order barring immigrants from seven majority-Muslim countries from entering the US doesn’t include Saudi Arabia, the country where most of the 9/11 attackers came from.

In fact, the executive order doesn’t apply to any of the countries where the 9/11 attackers were from. Egypt, the United Arab Emirates, and Lebanon were also left off the list.

The executive order temporarily bars citizens from Iran, Iraq, Libya, Somalia, Sudan, Syria, and Yemen from traveling to the US. Trump adviser Kellyanne Conway said over the weekend that the order was “a ban on prospective travel from countries … that have a recent history of training and exporting and harboring terrorists.”

“The visa-issuance process plays a crucial role in detecting individuals with terrorist ties and stopping them from entering the United States,” the order said.” Perhaps in no instance was that more apparent than the terrorist attacks of September 11, 2001, when State Department policy prevented consular officers from properly scrutinizing the visa applications of several of the 19 foreign nationals who went on to murder nearly 3,000 Americans.”

Fifteen of those 19 foreign nationals were from Saudi Arabia. Osama bin Laden was born in Saudi Arabia, and his family had strong connections to the Saudi royal family. The rest of the attackers were from Egypt, the United Arab Emirates, and Lebanon.

Saudi Arabia in particular, however, has a long history of exporting Wahhabism, a strict strain of Islam that has been blamed for fueling extremism around the world.

Farah Pandith, America’s first special representative to Muslim communities at the State Department, wrote for The New York Times that in each of the 80 countries she visited from 2009 to 2014, “the Wahhabi influence was an insidious presence, changing the local sense of identity; displacing historic, culturally vibrant forms of Islamic practice; and pulling along individuals who were either paid to follow their rules or who became on their own custodians of the Wahhabi world view.”

Pandith continued: “Funding all this was Saudi money, which paid for things like the textbooks, mosques, TV stations and the training of Imams.” She called on countries to “reject free Saudi textbooks and translations that are filled with hate” and “expose the Saudi financing of extremist groups masquerading as cultural exchanges and ‘charity’ organizations.”

On “Meet the Press” in 2015, Chuck Todd asked Trump why the US should have diplomatic relations with Saudi Arabia if the country funded terrorism.

“The primary reason we are with Saudi Arabia is because we need the oil,” Trump said. “Now, we don’t need the oil so much.”

He continued: “Like it or don’t like it, people have backed Saudi Arabia. What I really mind though is we back it at tremendous expense. We get nothing for it.”

Trump also has a personal financial link to Saudi Arabia, as The Times noted. The Trump Organization registered eight companies in Saudi Arabia in 2015.

White House press secretary Sean Spicer noted over the weekend that the seven countries included in Trump’s executive order were first flagged by the Obama adiministration as “countries of particular concern” for visa screening.