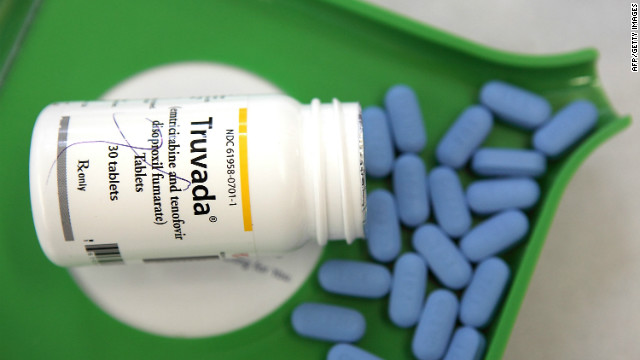 CNN- Adults who do not have HIV but are at risk of getting the disease will now be able to take a drug to reduce their chance of getting infected. For the first time, the U.S. Food and Drug Administration approved a drug for this use on Monday.

The drug is Truvada, an antiretroviral medication made by Gilead Sciences, Inc., which was already approved by the FDA in 2004 to help control HIV infection.

Truvada is a combination of two HIV medications – emtricitabine (Emtriva) and tenofovir (Viread) – into one pill that is taken once a day. As a treatment for HIV, it is always used in combination with other HIV drugs.

Recent studies showed pre-exposure prophylaxis or PrEP can reduce transmission of the virus significantly–up to 96% – when uninfected partners of people infected with HIV took Truvada.

Dr. Debra Birnkrant, M.D., director of the Division of Antiviral Products, Center for Drug Evaluation and Research at the FDA stressed Truvada alone should not be used to prevent HIV infection. It should be used in combination with other safe sex practices.

“Practicing safer sex and good health practices must be part of the treatment,” Birnkrant said. “We will be putting a box warning to let those using Truvada know that it is part of the therapy with combination of safer sex practices, and that doing this, will reduce the risk of the development of AIDS/HIV.”

“The approval of Truvada to prevent HIV infection in uninfected individuals who are at high risk of sexually acquired HIV infection is a signficant development, providing an important addition to our toolkit of HIV prevention interventions,” Fauci says. “However, it is critical to stress that Truvada as ‘pre-exposure prophylaxis’ should not be considered a stand-alone method, but should be used in conjunction with other proven HIV prevention stratgies such as condom use, risk-reduction counseling, and frequent HIV testing.”

Birnkrant says she hopes the right messages will get out, and that Truvada is used properly. “We have the box warning that a negative HIV test must be reported before Truvada is prescribed,” she said.

According to Gilead, Truvada the most-prescribed antiretroviral in the United States. “Today’s decision is the culmination of almost 20 years of research involving investigators, academic and medical institutions, funding agencies and nearly 20,000 trial participants around the world, and Gilead is proud to have been a partner in this effort,” said Norbert Bischofberger, Executive Vice President, Research and Development and Chief Scientific Officer, Gilead Sciences.

Dr. Robert Grant, the lead investigator of the iPrEx trial at the University of California San Francisco who looked at Truvada as a prevention treatment among high-risk men who have sex with men (MSM), says the approval is a major milestone in the 30-year fight against AIDS. “The use of PrEP alongside routine HIV testing gives us a tremendous opportunity to reduce the rate of new HIV infections in this country and around the world.”

At the University of Washington another PrEP study proved very successful in reducing infection rates in couples where one partner is infected and the other is not (called serodiscordant).

“The data clearly demonstrate that Truvada as pre-exposure prophylaxis is effective at reducing the risk of HIV infection acquired through sexual exposure,” said Dr. Connie Celum, Professor of Global Health and Medicine at the University of Washington and lead investigator of the Partners PrEP trial. “It is exciting to consider the potential impact of this new HIV prevention tool, which could contribute to significantly reducing new HIV infections as part of a combination HIV prevention strategy. Although the implementation of PrEP will bring challenges, they can be anticipated and systems developed to address these challenges.”

But the AIDS Healthcare Foundation, the nation’s largest HIV/AIDS group, blasted the FDA’s decision. “The FDA’s approval of Gilead’s Truvada as a form of HIV prevention today, without any requirement for HIV testing is completely reckless and a move that will ultimately set back years of HIV prevention efforts,” said Michael Weinstein, AHF’s President.

“From the beginning, we believe there was a rush to judgment by government officials and others in favor of such approval despite decidedly mixed studies offered in support. And while the FDA recommends a negative HIV test prior to use of Truvada as PrEP and states that use by people with an ‘…unknown or HIV positive status…’ is ‘contraindicated,’ it in no way actually requires HIV-testing in any manner – just strengthening of the ‘Boxed Warning’ on Gilead’s packaging. The FDA’s move today is negligence bordering the equivalence of malpractice which will sadly result in new infections, drug resistance and serious side effects among many, many people.”