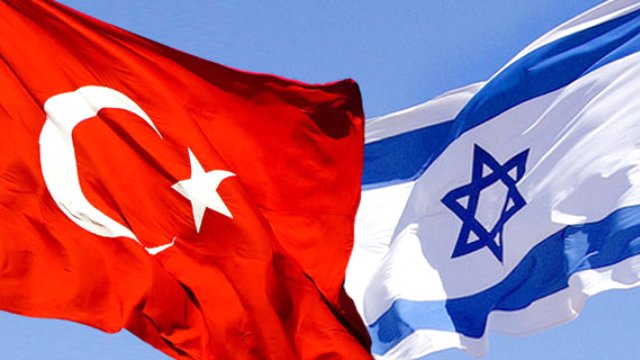 Turks and Jews are two old nations that share a long history together. Good times, bad times, spectacular allies that came to each other’s aid at desperate times, bittersweet memories and daunting challenges that became easier through friendship and sacrifice. These all contributed to the strong relationship these two peoples have built over time. Even though most young people would probably be surprised to hear it, these two nations again and again found solace in each other’s friendship and support.

Over the course of centuries, and especially in the past two hundred years, this friendship has been put through many tests. Sometimes things got tense; so tense, it looked as if this kinship might be destroyed. Indeed, they succeeded, to an extent. Countless disagreements, political concerns, bigotry all played a role in the temporary estrangement that no one ever wished to witness.

Needless to say, external powers with their agendas also got involved and didn’t hesitate to encourage disagreement. However, no matter what happened on the surface, the friendship in the background was solid and was reinforced by the two people’s shared love for God. Both have known what it was to be persecuted and stigmatized. Both have suffered tremendously throughout their histories. Both have been noble and honorable people that considered doing the right thing the only option.

Aside from the Hazar Turks, a state of Jewish Turks, their real history together started after the Jews set foot in the lands of the Ottoman. Jews were fleeing the inquisition in Spain and found welcoming arms in the Ottoman Empire.

Although things weren’t perfect and full equality wasn’t always ensured, Jews were offered rather extensive freedoms and comfort in Ottoman lands especially compared to minorities under Christian rule. Together with Christian minorities, they enjoyed autonomy in religious affairs and education.

Over the course of centuries, Jews became inseparable parts of the Turkish community, with their refined, sophisticated and well-mannered presence. Being the skilled tradesmen they were, they helped the growth of economic and social life in the Ottoman Empire. Their competence and loyalty gained them powerful positions in the administration, army and business life. There were also times when the Ottoman Sultans attended their funerals.

Sultan Abdulmecid in 1840, with his famous ferman (decree), said the following about the blood libel: “… we cannot permit the Jewish nation, whose innocence for the crime alleged against them is evident, to be worried and tormented as a consequence of accusations which have not the least foundation in truth…“.

When the troubles started for the Ottomans, Jewish people sided with the Ottoman state during WWI and the subsequent War of Independence. Many lost their lives as a result. Therefore, it shouldn’t come as a surprise that when the Ottoman army retreated from the Balkans and Caucasia, enemy armies burnt down not only the Turkish villages but Jewish villages as well.

Turkish love and appreciation for the Jews was equally overwhelming. After Hitler started his atrocious campaign against the Jewish people, Turkish diplomats risked death to issue identity cards for thousands of Turkish Jews in France, in order to save them from going to Nazi concentration camps. For instance, Behiç Erkin, the then-Turkish Ambassador to France, issued Turkish identities to 18,200 Jews in France despite the pressure of the French government under Nazi occupation and saved their lives.

Turkey went on to become the first predominantly Muslim country to recognize the state of Israel and established close relations with it even as Israel was fighting with Arab states. During WWII, though subjecting heavy taxes on its Jewish subjects, Ankara rejected Hitler when he asked that the Jewish refugee professors be returned to Germany. Israel sided with Turkey on the Cyprus issue.

Although our joint history has been marked mostly by positive memories like these, there have been problems, political disagreements and obviously the Mavi Marmara incident. Especially after Mavi Marmara, our friendship was strained like never before. Leaders of both countries issued tough messages in the heat of the moment and no politician seemed to know how to fix it.

Unsurprisingly, it has been the maturity and loving nature of both people that once again helped put things right. This sensible approach kept things in check and prevented a full destruction of the ties. Now, after six years, things are finally getting back to normal. Diplomatic ties are almost restored and the two countries have already begun working on making the relations even better than before.

Regardless of the issues we might be disagreeing over today, it is clear to anyone that the relationship these two peoples began and built over the course of centuries has become an unbreakable bond that has stood the test of time.

Today it is obvious that Jews and Turks want peace, brotherhood and love as before. Furthermore, it is clear to anyone that a strong alliance between these two countries would be extremely beneficial for both and definitely for the stability of the region. Both countries are democratic, averse to radicalism, enjoy powerful military and diplomatic influence and can benefit greatly from increased trade, military and social relations. It is great to see that resentments are being put behind and the long desired rapprochement is finally happening.