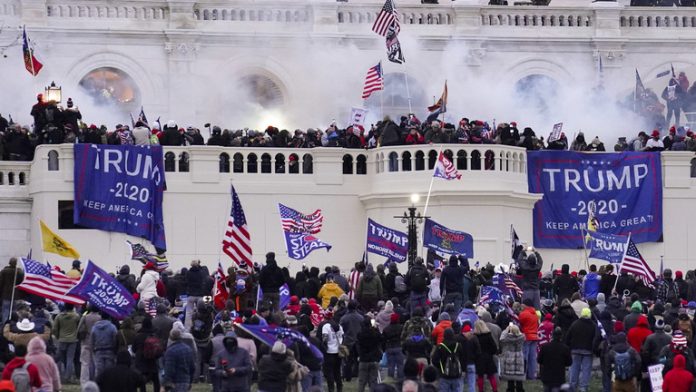 US Capitol Police have warned of future “attacks” similar to the riot that erupted in the halls of Congress following the 2020 presidential election, adding that given the “polarized state of our nation,” new unrest is possible despite all precautionary measures.

Capitol Police Chief Tom Manger said in a statement issued on Monday to mark the second anniversary of the January 6 riot that his department had been “working around the clock” to implement scores of security improvements to the complex.

“Make no mistake: work remains to be done. “With our nation’s polarization, an attack like the one our Department faced on January 6, 2021, could be attempted again,” he said. We will be prepared if the unthinkable occurs.”

Manger said the department had brought on a new intelligence director and “dramatically improved the manner in which we collect, analyze, and share intelligence with our partner law enforcement agencies,” in addition to hiring more staff, improving planning for “demonstrations and significant events” around the Capitol, and coordinating with “dozens” of policing agencies in the region.

The Capitol Police have also implemented “specialized training” for officers, presumably to deal with protests and civil unrest, as well as “significant equipment upgrades,” according to the chief, who did not specify the new equipment purchased by the department.

The riot began in the days following the 2020 presidential election, led by supporters of then-President Donald Trump, who claimed the election was marred by widespread fraud in favor of Democratic nominee Joe Biden. While the demonstrators successfully forced their way into the Capitol, allegedly with the assistance of local police, they accomplished little more than vandalism to the building. Several rioters were killed in the chaos, including one woman who was fatally shot by police and several others who suffered medical episodes, and nearly 1,000 people were later subjected to a harsh crackdown by local and federal law enforcement agencies.

Though many of the protesters were able to leave the Capitol after the riot, the FBI repeatedly asked the public for help in identifying those who took part in the months that followed, eventually filing hundreds of charges, many of which were felonies. Some corporate media outlets even joined the hunt, with USA Today attempting to identify rioters.