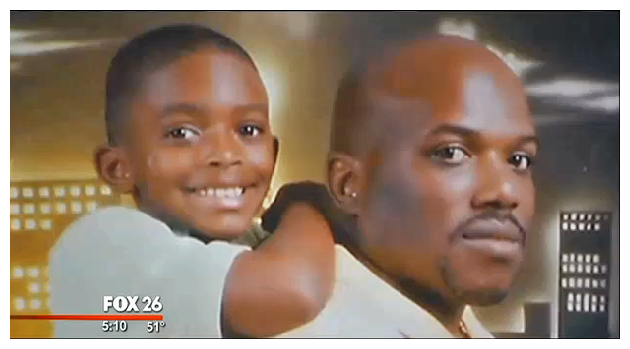 A father will spend half of 2014 behind bars for doing too much for his son. After overpaying child support and seeing his son too often – breaking terms that were secretly modified without his knowledge – a judge sentenced him to a lengthy jail sentence.

Clifford Hall has been doing his best to give care to his 11-year-old son, who lives with his ex-wife. He pays his child support and visits regularly. “I’m his father it’s my responsibility to take care of him,” Hall said.

Last November, his child support payments were paid in full. Sometime between then and now, the child support agreement between Hall and his wife was modified without his knowledge.

Another term that was modified without his knowledge was his visitation schedule. Subsequently, Hall was found to have over-visited his son.

Judge Millard ended up finding Hall in contempt of court.

When she said I remand you to the Harris County Jail for 180 days my mouth just dropped,” Hall told FOX 26 Houston.

In addition to the six month jail sentence, Judge Millard is forcing Hall to pay his ex-wife’s attorney fees.

“I can’t be there for my son in jail,” Hall said. “I can’t pay child support in jail. This is not in the best interest of the child.”

Hall is correct. Such heavy-handed actions on the part of the court serve no one. Not only is the child going to be deprived of his father for the next 6 months, but taxpayers will have to pay the father’s incarceration, and will potentially be forced to subsidize the mother’s living expenses in lieu of the child support payments.

It just goes to show us that no good deed goes unpunished in Police State USA.