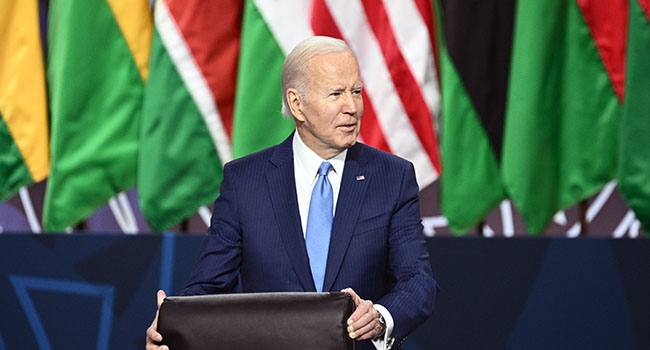 On Thursday, President Joe Biden backed an expanded role for Africa in the globe while simultaneously pledging that the US will not back down from advancing democracy.

Biden assured the almost 50 African leaders gathered in Washington for three days that “the United States is all in on Africa.”

When discussing global issues, Biden remarked, “Africa belongs to the table in every chamber and in every institution.”

In September, Biden called for an African permanent seat on the UN Security Council. He also supported a permanent African Union role in the Group of 20 economies and announced he was planning the first trip to sub-Saharan Africa by a US president since 2015.

Without giving dates or locations, Biden stated, “We’re all going to be seeing you and you’re going to see a lot of us.”

The African Union was the first on the red carpet as Biden pulled out all the stops for the first such summit since Barack Obama launched an initiative in 2014. The following night, Biden invited African leaders to a gala White House dinner.

Donald Trump, Obama’s successor, made no secret of his disinterest in Africa, where China — the United States’ top global rival — has since emerged as a prominent participant through significant investment.

In the midst of the US-Africa Summit, Buhari meets Biden in the White House.