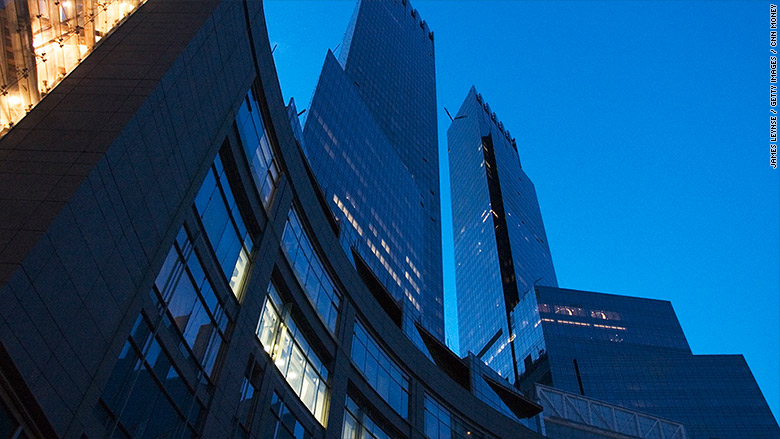 Featured: 80 Columbus circle among properties to be seized

In a massive lawsuit that reads like an international thriller, the U.S. government claims that well-connected fraudsters stole $3.5 billion from the Malaysian people and used it to buy New York condos, hotels, yachts and a jet.

Some of that money was used to produce the Hollywood film “The Wolf of Wall Street,” according to federal investigators.

The U.S. Department of Justice filed a civil lawsuit Wednesday attempting to seize $1 billion of those assets — the amount that went through American banks.

U.S. Attorney General Loretta Lynch said the federal government is not yet ready to bring criminal charges against the financiers. Instead, prosecutors want to seize assets as soon as possible.

At the center of the massive scheme is 1Malaysia Development Berhad, an enormous investment fund started by the Malaysian government to benefit the people of that country. The idea was that 1MDB would invest in projects worldwide — and the profits would return to Malaysian citizens.

Instead, billions of that fund were siphoned away by corrupt, well-connected financiers, according to federal agents.

Jho Low is a Malaysian financier who loves to party in New York and hang out with celebrities like Paris Hilton. On his website, he calls himself “a global philanthropist, investor and entrepreneur.” In actuality, he used shell companies to funnel assets out of 1MDB for his own personal riches, according to Wednesday’s lawsuit.

“They treated this public trust as a personal bank account,” Lynch said at a press conference on Wednesday morning.

She said the investigation was carried out by the government’s Kleptocracy Asset Recovery Initiative.