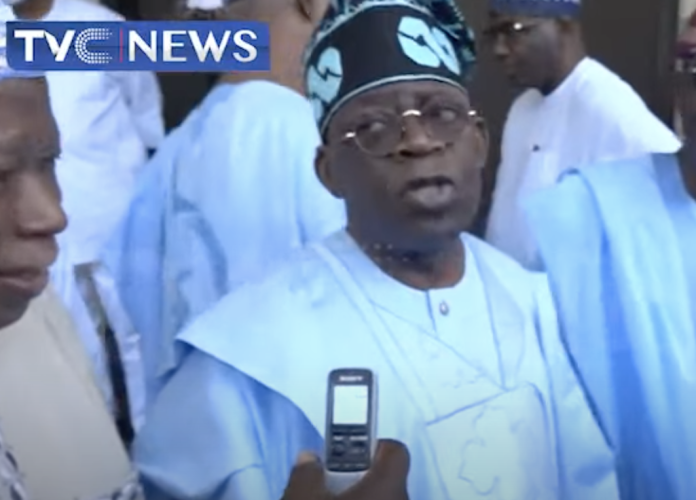 Bola Tinubu, the leader of the APC and notoriously flagrant former governor of Lagos has just betrayed his protege, Vice president Yemi Osinbajo who just declared his ‘God-inspired’ decision to run for the president of Nigeria.

In the short response given while being interviewed with a group of governors who had come to his meeting after attending Osinbajo’s declaration, Papa Tinubu coldly responded, “I have no son grown enough to declare.”

The reaction is shocking considering that in Yoruba tradition, Osinbajo is his son. It speaks of a disgraceful battle ahead.