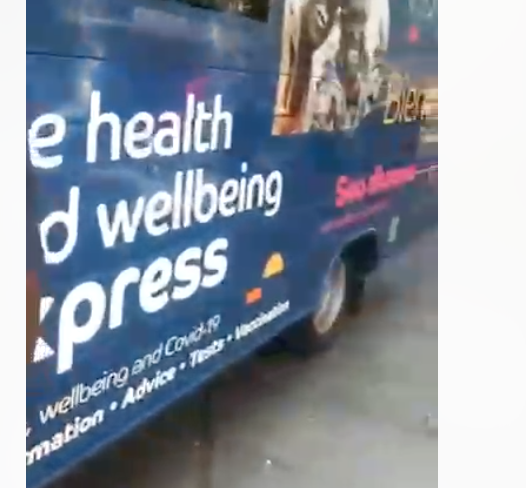 A UK man with a Jamaican accent in this video challenged community vaccinators on why they promoted and called the shot safe without also giving full disclosure on the risks of the vaccine.

The man whose face did not show in the video showed them the official government ‘MHRA Yellow Card‘ website as the source of the information of risks and further asked them what they knew about the “spike protein” which he described as cytotoxic.

Directing his anger to the promotion of vaccines in blacks, he continued to complain about sanitization of masks which he said are not properly used and should be changed every 20 minutes and have “fiber glass.”

The clearly well-informed man also commented on the number of cycles in the PCR test, saying 40 cycles were currently being using to give a positive diagnosis, while less than 25 cycles is what will be meaningful.