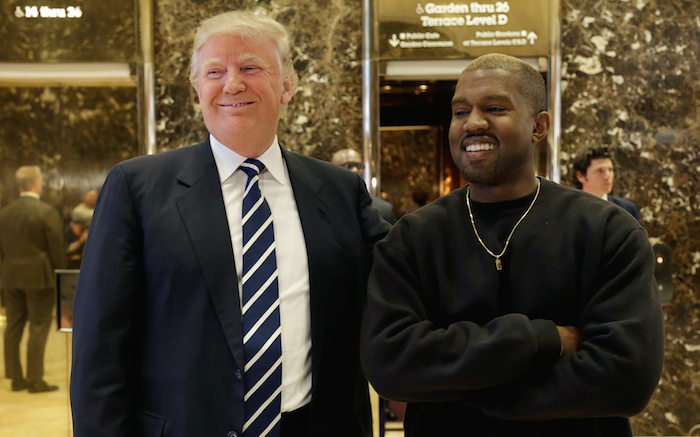 Kanye West was arrested and drugged to shut him up after he exposed the deceit of the corporate media who claimed Hillary was sure to win. Kanye exposed a lot of stuff about the corporate media and establishment before he was shut down, however the rapper appears not about to be silenced.

West, who briefly stopped for several photos with the president-elect outside Trump Tower after the meeting, told his Twitter followers that “bullying, supporting teachers, modernizing curriculums, and violence in Chicago” were among the issues covered.

“We are friends…we have been friends for a long time.,” Trump said.

“We discussed life,” the president-elect answered journalists who asked what the meeting was about.

“I just want to take a picture with Trump right now,” Kanye said, refusing to answer questions on a 2020 presidential run.

I feel it is important to have a direct line of communication with our future President if we truly want change.