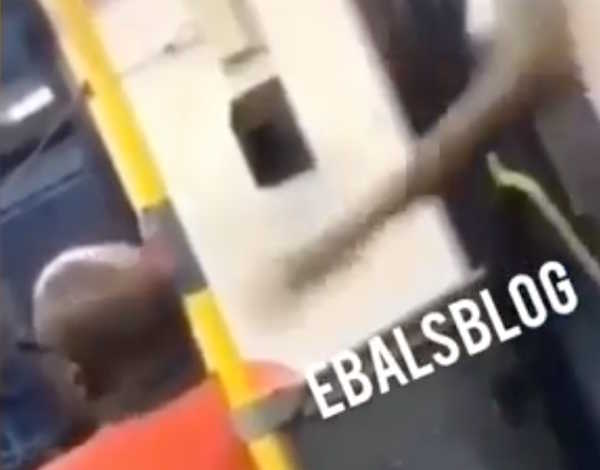 In a now viral video, a Nigerian apparently slapped the head of former Senator Buruji Kashamu while he sat in a train in the United Kingdom.

his partner had sat with video on recording patiently for the planned attack.

This video comes as hostility to Nigerian cabal and politicians abroad increased by Nigerians abroad and the United States has imposed a visa ban on immune politicians in Nigeria for cruelty, democracy subversion and frank terror during the recently concluded elections.

VIDEO: Look at what this guy did to this senator in London.

A recent report indicated that Nigerian in the diaspora contribute over $20 billion a year to the Nigerian economy, almost on par with the annual budget.

The video was published July 24th. We are unable to verify the person in the video.