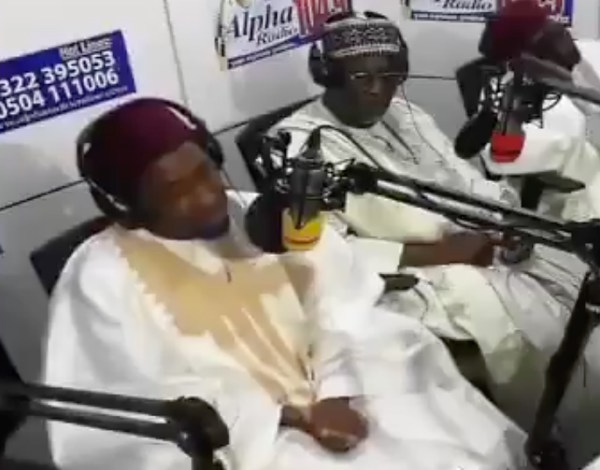 “I will say this and this is the first time that I will disclose this. Not long ago a top Saudi official visited Nigeria and I was among those selected to meet with him, we were less than 10.

“He told us that their mission in Nigeria is war against Shia Islam and followers of Sufism.

“I confronted him that this should not be our priority and there are many challenges facing Muslims of Nigeria.

“He declared that is not their problem. Their problem is war against Shia Muslims and Sunni Sufis.”

Dear Friends, Brothers and Sisters, the genocidal Buhari regime brutally murdered 1000+ Shia children, women and men in Zaria in December 2015. The Nigerian army bombarded the iconic Zaria Husseiniya with hundreds of Worshippers inside and destroyed it.

Tyrant Buhari, Elrufai and gang buried Shia children alive in Mando mass grave according to the comprehensive report of the London-based Amnesty International on #ZariaGenocide.The Buhari gang of wicked mass murderers brutally murdered three (3) sons of Sheikh Ibraheem Zakzaky in his residence and in his presence then wickedly framed him and his wife with murder!It is important to note that immediately after the Zaria genocide, President Buhari, Elrufai and gang rushed to Saudi Arabia to be rewarded for the brutal slaughter of 1000+ Shia civilians in Zaria.They did everything humanly possible to demonize Shia Islam in Nigeria.

They launched massive campaign of calumny against Sheikh Zakzaky, Shia Islam and Iran. But they failed, they failed woefully. We #Resist!!!Last year April the Saudi crown prince boasted to the American Times magazine in an interview that “they broke the backbone of Iran in Africa”.#FreeZakzaky#ElbinawiTweets