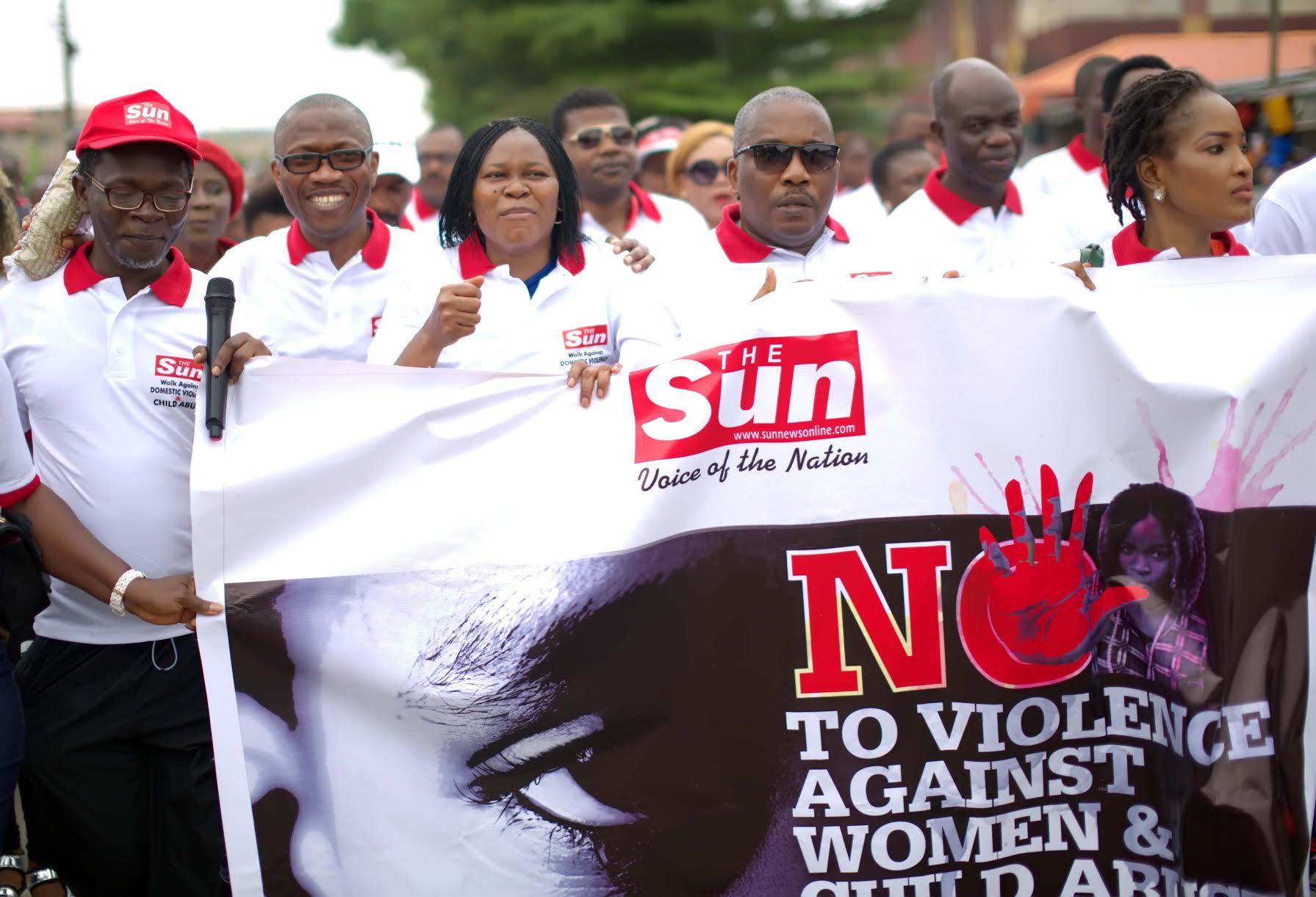 Given the rising spate of violence in the country, a leading newspaper in Nigeria, The Sun Newspaper has taken action beyond reporting the vices by staging a walk against prevalence of violence affecting women and children in the society.

The walk held on Saturday at Festac in Lagos, and was graced by human rights activists, journalists and entertainment celebrities from the Nollywood and Music industries.

The organizers, The Sun, took cognizance of the prevalence of domestic violence and leaped a step further from reporting to sensitize the public against the vice.

Activist Joe Okei-Odumakin, who spoke prominently at the rally said her organization, Women Arise has handled more than 3,000 cases of domestic violence, citing that only two of the victims were men who reported their wives were beating them.

Speaking on essence of the walk, Managing Director of the Sun Newspaper, Mr. Eric Osagie said it became necessary in order to let the public know that the prevalence of violence against women and children is alarming and not befitting for humans.