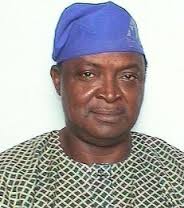 In a nation of democracy, it is the people that can decide how to make the preferred leadership manifest. It is with this that Hon. Abayomi Dauda Kako-Are, the House of Assembly lawman representing Mushin Federal Constituency I at the National Assembly got re-elected to represent his people for the third term under Accord Party.

Mushin, it seems, has been allergic to other political parties. Every member of the APC that has ever defected to the PDP in the local government has been defeated at the polls. Remi Adeyelu defected to the PDP from Action Congress of Nigeria to run for Mushin Federal Constituency II seat in the lower house but lost to Hon. Ganiyu Hamzat in 2011 and Hon. Bolaji Yusuf Ayinla in 2015 respectively.

Mushin is widely regarded as the base of APC, not only because of the few South Easterners living there but the strong root of Lagos politics starting from the years of Alliance for Democracy. Hence, it was almost unimaginable that any other party can have a peep at the elective post in Mushin. The Perennial opposition party (PDP) couldn’t do it but little known Accord Party did it and it is worth talking about. How did it happen? Who knows Accord in Lagos?

For one, Kako-Are is widely loved by the people of his constituency for his magnanimity and his goodwill to residents. His acceptance could be wired to his pragmatic effort in putting enriching lives.

The lawmaker who has been a member of the All Progressive Congress (APC) defected to Accord Party after failing to secure the party’s ticket to represent his constituency for the third term. Many believe his failure to secure the APC ticket was not because of his fall out of supporters, but for the godfathers in the APC who are bent on anointing undemocratic candidates.

Honourable Yemi Alli, the immediate past chairman of Odi-Olowo Local Government got the APC ticket to contest the Mushin Federal Constituency I; an act many opine did not represent the wishes of the people and do not go down well with many other party faithful.

It is not an easy feat to have a former Local Government Chairman as your opponent as he is expected to have more grassroot impact than an Honourable member of the House of Representatives.

Kako-Are thrashed the immediate chairman who had more opportunities to woo voters to his side at the polls than the lawmaker whose office is in Abuja.

When you do well, it is then you will become acceptable. Hon. Kako-Are’s legacies in his constituency made him garner support from the residents. The free school-ride that convey students in his constituency to school in the morning and to their house in the afternoon made them clamour for his return to the house.

Residents of his constituency also enjoy this free ride to their various states of origin during festive periods like Salah, Easter, Christmas and New Year. Thousands of people in his constituency are conveyed to Ilorin, Ijebu, Oshogbo, Ijebu-Ode and Abeokuta during festive period. At Christmas, igbo members are given free ride to Asaba, Benin and Onitsha.

Kako Are is also financing the on-going construction of two-storey building block of classrooms at Estate Junior Grammar School in Oshodi; provision of 30 litres of petroleum for churches and mosques every two weeks; free lessons are arranged for students during the holiday periods; provision of three bedroom flat (two units) for the homeless in his constituency, and many other empowerment programmes.

Though the party leaders may have took the wrong step in anointing Yemi Alli as their preferred candidate but the doggedness and strong belief of Kako-Are that his work and legacies will speak for him at the polls made majority of eligible voters in his constituency to vote him under a not well known and established party in Lagos State-Accord.

Kako-Are has no doubt built a reputation for himself in his constituency. The emergence of an Accord in Lagos was to prove to the godfather in his party that it has become important to allow the wishes of the people to stand. One main way is to lead by example. The lawmaker has turned himself into an example and has in turn remained a leader to be followed no matter the party he is.

The past immediate Chairman, Yemi Alli, according to residents is said to be a politician who has lost touch with the people. His tenure as the Chairman did not in any way provide leadership and governance to his people. Rather than portray and deliver governance, sources said he bought himself houses and fleet of cars instead of delivering on his promises to his people.

The issue of godfatherism is one that may not end quickly in this current political dispensation. However, while their say is necessary as to who secure ticket to contest for a certain position, it is also imperative to allow residents of their constituency have input in the development of their community.

In another four years, Nigerians will again decide who they want as their representative and leader in various political positions. The moral of the 2015 election should enlighten party leaders that credibility and competence would override partisanship. Should they fail to present credible candidates; residents will be forced to vote a competent man irrespective of the political party he emerges from.

Adetola Osindero can be reached on [email protected]