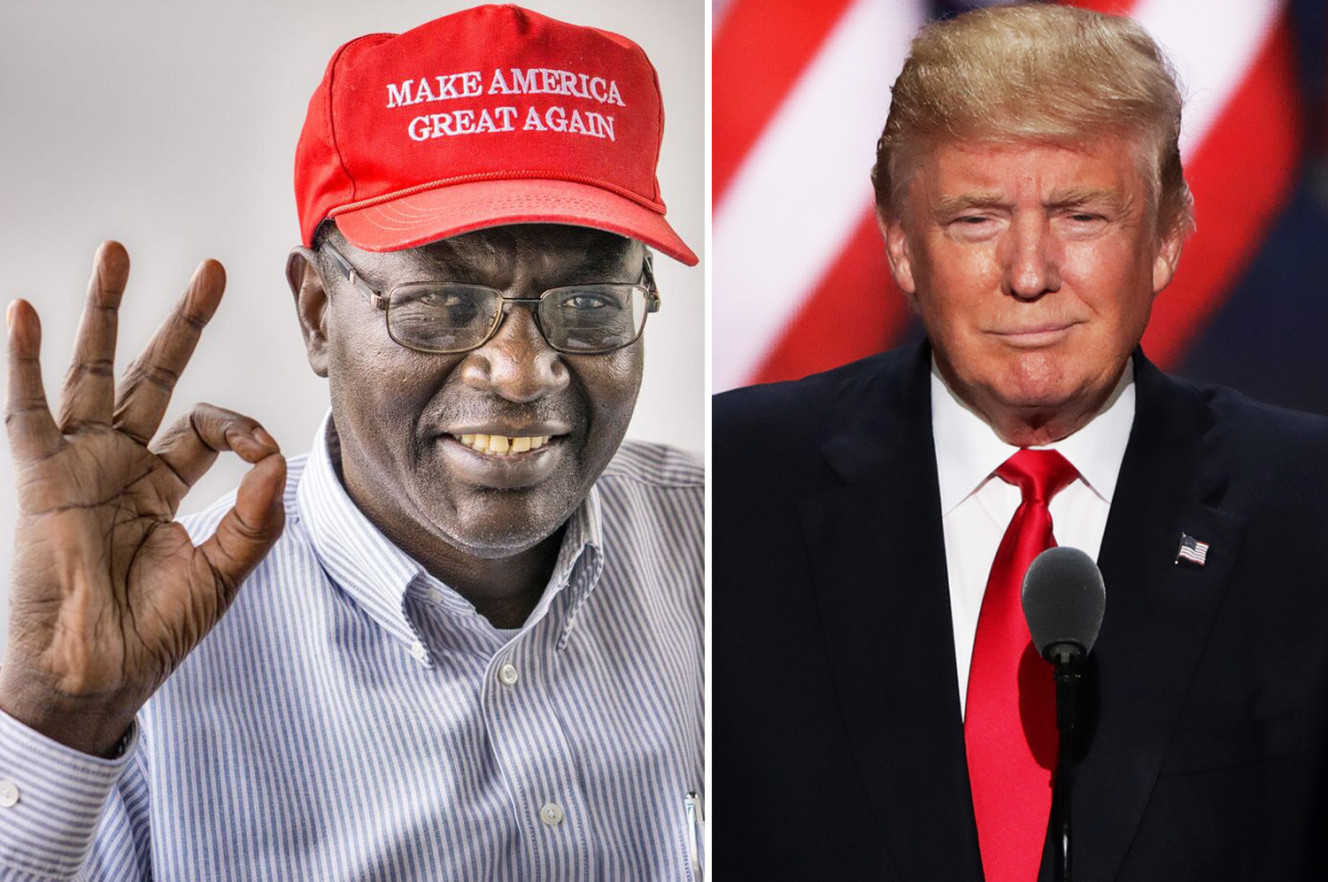 “I like Donald Trump because he speaks from the heart,” Malik Obama told The Post from his home in the rural village of Kogelo. “Make America Great Again is a great slogan. I would like to meet him.”

Obama, 58, a longtime Democrat, said his “deep disappointment” in his brother Barack’s administration has led him to recently switch allegiance to “the party of Lincoln.”

The last straw, he said, came earlier this month when FBI Director James Comey recommended not prosecuting Democratic presidential candidate Hillary Clinton over her use of a private e-mail servers while secretary of state.

“She should have known better as the custodian of classified information,” said Obama.

He’s also annoyed that Clinton and President Obama killed Libyan leader Moammar Khadafy, whom he called one of his best friends.

Malik Obama dedicated his 2012 biography of his late father to Khadafy and others who were “making this world a better place.”

“I still feel that getting rid of Khadafy didn’t make things any better in Libya,” he said. “My brother and the secretary of state disappointed me in that regard.”

But what bothers him even more is the Democratic Party’s support of same-sex marriage.

‘I like Donald Trump because he speaks from the heart. Make America Great Again is a great slogan. I would like to meet him.’

“I feel like a Republican now because they don’t stand for same-sex marriage, and that appeals to me,” he said. Read full in NYPost