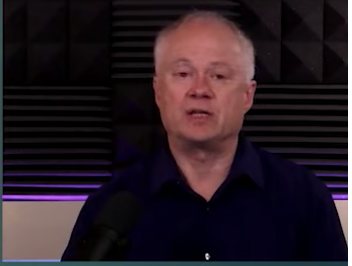 Recently Ivermectin, a drug in use on hundreds of millions of humans since 1981, has faced severe malignment from the FDA and CDC. Ivermectin received a Nobel prize for drugs in 2015.

Dr. Chris Martenson of Peak Prosperity provides an expert review of the drug.

There’s been an absolutely brutal campaign against Ivermectin in the public press.  I thought it was time to deploy my background as a Toxicologist to review the known toxicity of Ivermectin.  Fortunately, a world-class review paper on Ivermectin came out in 2021 by Jacques Descotes, a prominent toxicologist working at the behest of Medincell.

That comprehensive review of Ivermectin reveals that it is among the safest and most well-tolerated drugs ever introduced to the market.In this episode I walk through the expert review of Ivermectin by Jacques Descotes MD, PharmD, PhD  which was conducted in early 2021.  We discuss the safety, toxicity, and known side effects and drug interactions, few and mild as they are.  The conclusion is that “Ivermectin human toxicity cannot be claimed to be a serious cause for concern.”

What do penicillin, aspirin, and ivermectin have in common? In addition to rhyming, all three belong to the select group of drugs that can claim to have had the greatest beneficial impact on the health and well-being of humanity .

They have at least two other things in common: All three are of natural origin and all three led to a Nobel Prize . Aspirin is a derivative of salicin, a compound found in a variety of plants including willow. Although Hippocrates already speaks of its use in 400 BC, it was not isolated until 1829 as salicylic acid and was synthesized a few years later as acetylsalicylic acid. The discovery of its mechanisms of action earned Sir John Vane the Nobel Prize in 1982. Penicillin was isolated from a fungus that grew by accident in a Petri dish in Alexander Fleming’s laboratory. His discovery radically changed the course of medicine and earned Fleming the Nobel Prize in 1945, along with Howard Florey and Ernst Chain.

And this brings us to ivermectin – a drug that is probably not part of our medicine cabinet, like aspirin or penicillin, but which has certainly improved the lives of millions of people since its discovery in 1975.

The long journey of a sample of Japanese soil

The story of how ivermectin was discovered is quite incredible. In the late 1960s, Satoshi Ōmura, a microbiologist at the Kitasako Institute in Tokyo, began collecting thousands of soil samples from all over Japan, searching for antibacterial compounds. He grew bacteria from the samples, identified the cultures with medical potential, and shipped them 10,000 km away to Merck laboratories in New Jersey, where his collaborator William Campbell tested their effect against parasitic worms that affect livestock and other animals. A culture from a sample collected near a golf course south of Tokyo showed a remarkable effect against worms. The bacteria in the culture turned out to be a new species, which they named Streptomyces avermictilis.. The active compound, avermectin, was chemically modified to increase its activity and safety. The new compound, called ivermectin, was marketed for animal use in 1981 and soon became one of the best-selling veterinary drugs in the world . It is remarkable that, despite decades of searching, S. avermictilis remains the only source of avermectin that has been found.