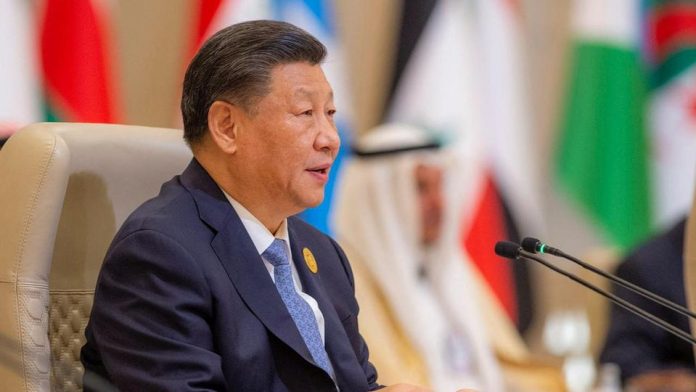 President Xi Jinping has expressed China’s support for an end to Israel’s occupation of Palestinian territories and expressed frustration with the “historical injustice” that Palestinians have endured.

“It is not possible to continue the historical injustice against the Palestinians,” Chinese President Xi Jinping said on Friday at the start of the Riyadh-Gulf-Chinese Summit for Cooperation and Development in Saudi Arabia.

Xi called for Palestine to be granted “full membership” in the UN and stated that Beijing “supports the two-state solution and the establishment of a Palestinian state on the 1967 borders, with East Jerusalem as its capital.”

Xi’s trip to Saudi Arabia is his third outside of China since the Covid-19 pandemic. He arrived in Saudi Arabia on Wednesday, his first visit to the country since 2016.

Xi stated on the third and final day of his visit that the Chinese-Arab summit was a “defining event in the history of Chinese-Arab relations.”

He stated that the two countries’ relations “are based on mutual interest in peace and harmony.”

During the 1967 Middle East War, Israel occupied the West Bank, including East Jerusalem, and Gaza. It annexed the entire city of East Jerusalem in 1980, declaring it Israel’s “eternal” capital, a move that was never recognized by the international community.

It withdrew from Gaza in 2005 and has since imposed a harsh blockade on the besieged Palestinian enclave by land, sea, and air.

Palestine considers those territories to be part of its territory, with East Jerusalem serving as its heartland and ultimate capital.

International law considers the West Bank and East Jerusalem to be “occupied territory,” and all Jewish settlement activity on the land is illegal.

Palestinians accuse Israel of aggressively “Judaizing” the historic city by erasing its Arab and Islamic identities and driving out its Palestinian residents.

Almost 500,000 illegal Israeli settlers live in over 130 settlements scattered throughout the occupied West Bank, alongside nearly three million Palestinians who are subject to Israeli military occupation.