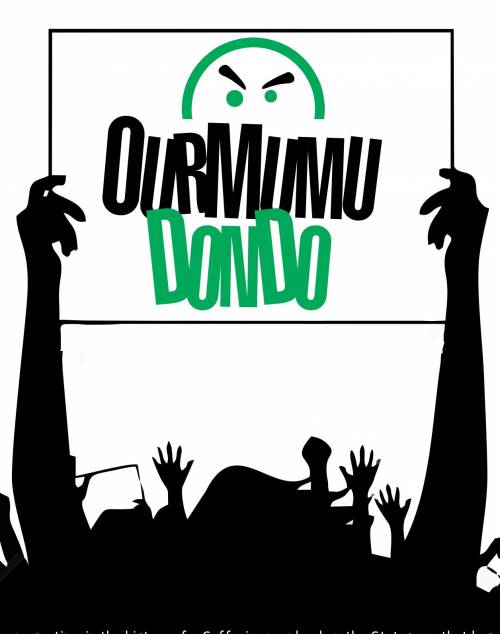 As all of you may be aware, our dear country Nigeria is currently faced with myriads of challenges that have constantly threatened if not betrayed the very creeds upon which our nation was established. Between 1960 and now, Nigeria has passed through different stages of social, economic, and political change. One thing that has however remained consistent through the vicissitudes of our national history is the harsh consequences of the fatal decisions we the Nigerian people, as well as our greedy leaders, have made up to this moment.

Ever since the beginning of the Fourth Republic in 1999, we the Nigerian people have been trapped in a catastrophic cycle of deeply entrenched elite conspiracy that has so far made our national development very difficult to achieve. On one hand, I believe that the men and women of unequaled consciousness amongst us will agree that the sixteen years of trusting the People’s Democratic party to bring succor to the suffering people of Nigeria brought us nothing but acute suffering and unthinkable looting of our commonwealth. And on the other hand, the All Progressives Congress which was elected on a widespread opinion that succor had finally found the suffering people of our nation – has equally proven to be inefficient, confused, abusive, delusional, haughty, and disrespectful. If there is at all anything to learn from our nation’s contemporary history on political developments, it is simply the fact that our current political representatives are not the solution that our nation badly requires at this time. It is known to every fact-loving person that recent developments have been absolutely unfavorable to the common people of our nation, including me. Unemployment has now hit the second highest of all time at 18.8%. In the same vein, the total unemployment and underemployment rate has gone up from 37.2% to 40%. Youth Unemployment has risen to 33.1% and 20.2% for those aged below 25 and 35 respectively. Many of our women have no jobs to support their family and instead of accelerating, the economy has continued to decelerate. As if these are not enough, the Fulani Herdsmen crisis has continued to grow unabatedly just as the Boko Haram insurgents have unceasingly, almost on a daily basis carried out brutal attacks on those the current administration has described as “soft-targets”.  The number of beggars on the streets is increasing by the day whilst the rate of suicide is uncontrollably on the surge. Sadly, corruption has also become a legal tender. No doubt, Nigeria has now become synonymous with the apothegm ‘one-day-one-problem’. Sadly, at the receiving end of these heart-wrenching developments are the common people of our nation and the youths in whose hands lie the present and future of our nation.

These developments cannot be wished away as mere coincidence. They point to the stark absence of visionary and competent leadership in our nation. It is therefore important that those who constitute the larger chunk of Nigeria’s population – the youths, stepped up to the plate to bring Nigeria out of this exacerbating state of underdevelopment.

Meanwhile, let me quickly state that the woes that the Nigerian people are faced with today are not antithetical to the woes of our ancestors under the colonial masters. We have since fifty-seven years ago moved away from the downright evil, oppression, rape, mental and physical enslavement, confusion, hatred, and pain inflicted on us by the colonial masters to the infliction of all these disorders on us by our own brothers and sisters. Obviously, our leaders have failed to learn from the white men the good things they do for themselves but have adopted only the vicious things the white men did and to a large extent, are still doing to us. The looting and mental and physical enslavement that has now become a tradition with our leaders is an ancient trend that they learned from the colonial masters. I am sure in their mind, they would often ask themselves: if the colonial masters could have done it, why can’t we?’ – a very faulty and backward way of thinking. What this teaches us, however, is that our colonial masters have now changed from the white folks to our black brothers and sisters.

Since the second quarter of 2017, a very slim number of genuinely patriotic Nigerians have been in the trenches actively calling for a rude reawakening of our consciousness as a people. And it would be a colossal lapse in judgment if we fail to identify with these change agents who are driven only by the love of fatherland and a strong desire to bring an end to the consistent rape of our collective dignity. From the ‘resume or resign’ campaign to the demonstrations of protest on the brutality of SARS operatives in Nigeria, activists of the OurMumuDonDo Movement have proven to every right-thinking Nigerian that we have a chance to redeem our nation. Important to note is the unbending resolve of these activists who have chosen to speak at a time when silence is considered golden. Even more important to note, and quite astonishing, I must say, is the compelling reasons for which these activists have chosen to speak – the common malaise besetting all of us as a people; the detrimental impact of failures in leadership positions on the Nigerian people; our shared suffering and predicaments; the incessant looting of our commonwealth; and the stomach-churning apathy with which most members of the third estate in our society have reacted to these anomalies.

Despite this seemingly unending streak of bleak and gloom in our society, I strongly believe that there is hope and we have a rarefied option to redeem our nation once and for all. I believe that now, more than 2017 or any other time for that matter, we can unlearn the evil things that we have learned from the white men. I believe that we can eliminate from our environment the wickedness that is completely antithetical to our creation as black people and as Nigerians. What we must do is create a new society where our specialness as black people would inspire greatness in our society. We must create a new Nigeria where only the best of us get the chance to lead. For no matter how long we postpone the revolution that our country currently demands, it shall come to pass one day, certainly not too long from now.

Brethren, the time to make Nigeria great must not pass us by. Every Nigerian youth, regardless of your ethnic, religious, and political slant, must take part in the struggle to reclaim our nation from those who have turned it into a trading post for political jobbers and cold-blooded politicians. We must also decide whether we want to continue to live with the consequences of a society with an erroneous democracy where a few unapproved, unknown and veiled individuals call the shots to the detriment of the majority on behalf of whom these shots are supposedly called. We must indeed decide whether a Nigeria where everything is done to favor the rich whilst the poor suffer excruciatingly is where we want to leave to posterity. And I know that just like me, you do not wish for this disorder to continue in Nigeria. And so, therefore, I ask that we no longer dawdle over the enthronement of a new social order that will benefit all of us. I ask that we make the year 2018 the beginning of the struggle for the liberation of all enslaved and suffering Nigerian peoples. I ask that we exigently mobilize ourselves to harness our intellectual, artistic, and cultural resources, to defeat political elitism, corruption and incompetence, and redirect governance towards empowerment, dignity, and freedom for the Nigerian people, under the aegis of the OurMumuDonDo Movement. For it is often said that evil thrives only where good men fail to act.

Conclusively, I must say that in a country where people have become enslaved as a result of a self-created culture of silence and apathy, nothing but the pursuance of truth and honesty and the preservation of our collective dignity, come what may, is the only honorable thing to do.

You Are All Welcome to 2018: Our Year of Emphatic Revolutionary Strides.