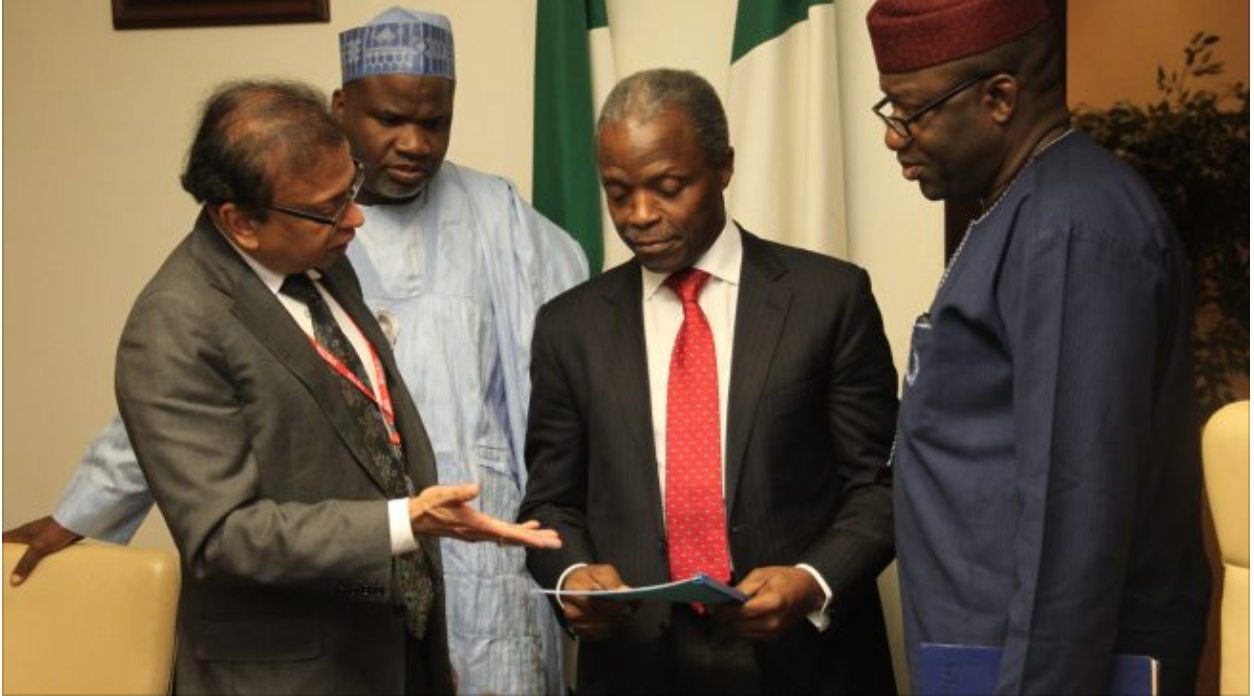 And so, the comedy of errors in Friday’s appointment of board members by President Muhammadu Buhari continues…

Dead people were nominated. Names were duplicated. Board members were appointed for positions that are statutorily elective.

How about appointing board members for a company that the federal government has privatised through concession after a crisis spanning eight years?

In the list released by the office of the secretary to the government of the federation, Aluko Julie Olubukola, C. C. Udenwa, Iro Danfuloti and Mohd Omeiza Lawal were announced as board members of the National Iron Ore Mining Company (NIOMCO), Itakpe, Kogi state.

On August 1, 2016 — well over a year ago — the federal government renegotiated the concession agreement with Global Steel Holdings Limited (GSHL) for NIOMCO, Itakpe. 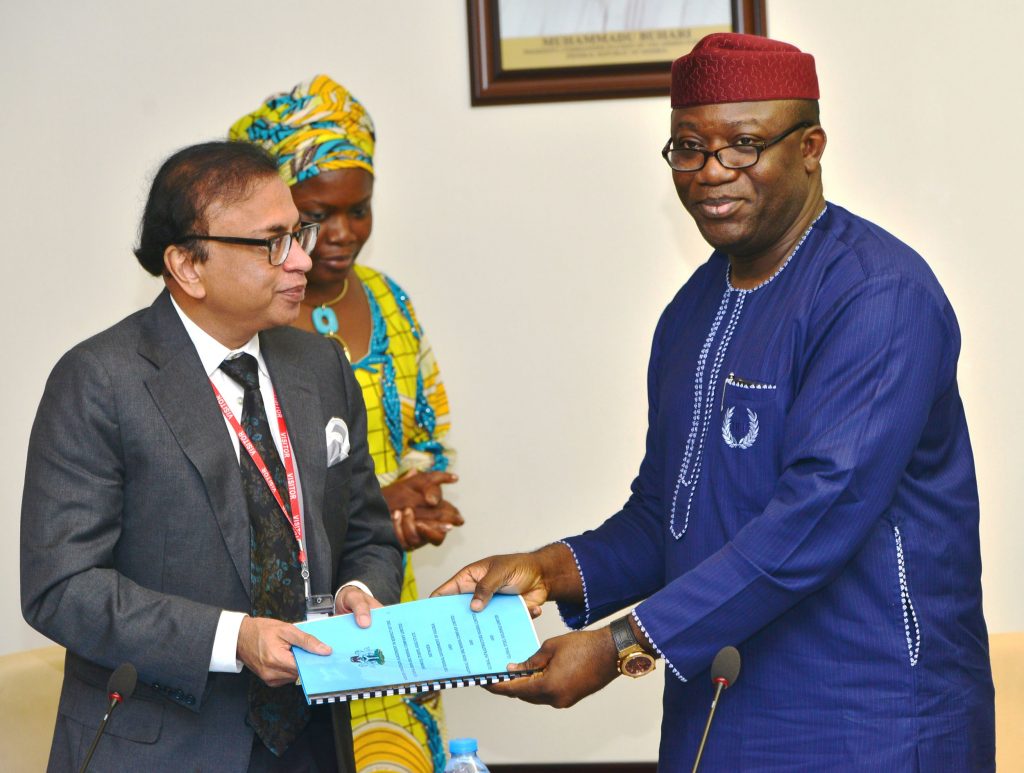 NO SMILES… Mittal and Fayemi exchanging documents of the re-negotiated Itakpe concession agreement at the presidential villa in Abuja on Monday, August 1, 2016. NAN PHOTO

GSHL “reverted” the Ajaokuta Steel Complex to the federal government — to free it from all “contractual encumbrances” that had left it uncompleted and non-functional for decades — but retained NIOMCO.

The new agreement, coming after four years of mediation, was signed at a ceremony presided by Vice-President Yemi Osinbajo, in his office at the presidential villa.

Kayode Fayemi, minister of solid minerals and steel development, signed on behalf of the government, while Prammod Mittal, chairman of GSHL, signed for his company.

Federal government was even able to negotiate a higher concession fee payable by GSHL from 3% of turnover to 4%.

And the government has now managed to appoint board members for a company it has concessioned!

TheCable understands that the confusion came from “lack of consultation” with the ministry before the list was released.

“The list was prepared in 2015, but the concession agreement was signed in 2016,” a presidential source told TheCable.