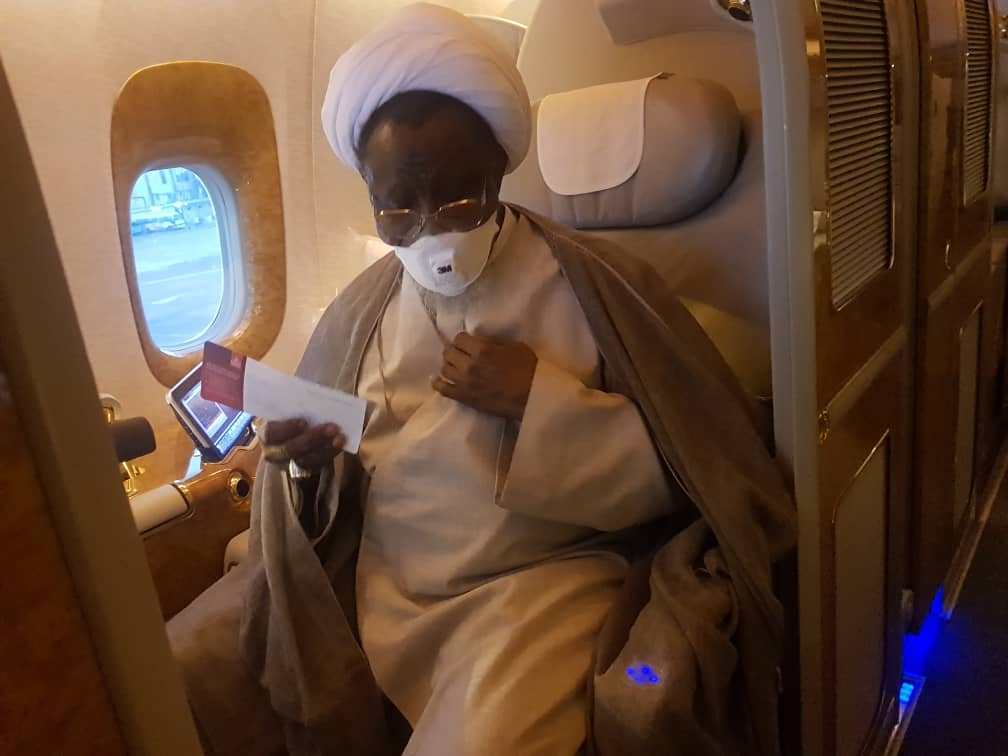 Following lack of breakthrough in the impasse that ensued in the treatment in New Delhi of Sheikh Ibraheem Zakzaky, it is now confirmed that the Sheikh is on his way back to Abuja, Nigeria. The impasse was sequel to refusal of the Sheikh to succumb to imposition of Medical treatment by the Nigerian security forces in collaboration with their Indian colleagues.

In a video message sent through his office, the Sheikh said it was decided that they will be taken to the airport to be flown back to Nigeria. He left Delhi by 17:00 hrs Nigerian time. He prayed that may that be the best option in the circumstances.

The Nigerian government’s interference and scuttling of the whole process rather than supervision as ordered by the court is the direct cause of the impasse. The government never wanted the medical leave in the first place, and did whatever to stop it by all means possible.

The Islamic Movement is completely not happy with the latest development, and we strongly believe any peace loving person in Nigeria feels the same. The government left no one in doubt that it never wanted the Sheikh to go for the medical treatment in the first place. They opposed the application in court. When the order went against them, they indicated their desire to appeal against it. When that wasn’t going to stop the journey, they attempted to prevent it via introduction of stringent conditions that were not put in place by the court. Having failed to stop using all these methods, they exploited the clear direction to “supervise” and went ahead to obstruct the medical treatment in New Delhi, India. Why would the Sheikh trust a government that killed thousands of his supporters including his sons, shot him and his wife and further exposed them to heavy metal poisoning?

As we await his arrival, we pray to almighty Allah to continue to protect him from the enemies of peace, who were behind the Zaria genocide of December, 2015 and the subsequent extreme persecution and torture he is being subjected to.