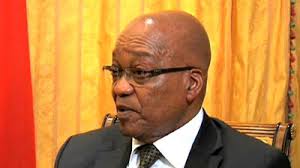 PRESIDENT Jacob Zuma, yesterday, called on the African Union, AU, to urgently activate its peace and security structure to end activities of armed groupings responsible for attacks on civilians.

He called on the union to ensure peace and stability on the continent. Zuma also expressed concern about the kidnapped schoolgirls in Borno, just as St. John’s College and Roedean School in Johannesburg began trending on twitter to protest the 300 abducted school girls.

Zuma also denounced the bombing in Kenya on Friday which resulted in 10 deaths and wounding of 70 people, saying that targeting unarmed civilians was deplorable.

He said, “The government and the people of South Africa condemn in the strongest terms the abduction of school children in the Federal Republic of Nigeria by the armed group Boko Haram and calls on the kidnappers to release the children without further delay. It is crucial to build a stronger and a well resourced AU to take forward the promotion of peace, security, and the socio-economic advancement of the continent.

“These worrying developments threatened to undermine progress made by the continent on economic and other fronts. Part of the capacity needed by the AU is the establishment of the African Standby Force for rapid deployment in crisis areas without delays.”

He called on the people of the Central African Republic to work towards peace in their country, adding, “The people of the CAR have endured enough strife and conflict. We urge all leaders in the CAR to unite the people behind a common vision of peaceful coexistence and national unity.”