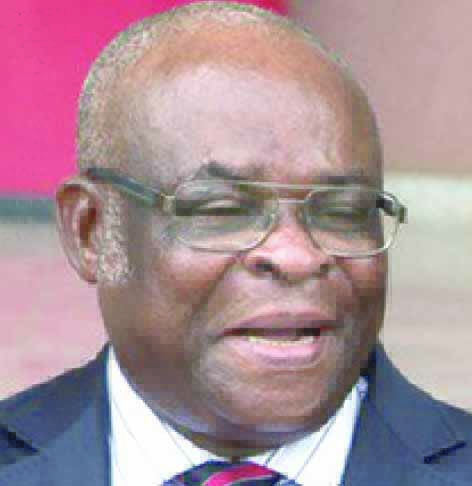 The case file containing the nine-count charge against former Attorney-General of the Federation and Minister of Justice Mohammed Adoke (SAN), erstwhile Minister of Petroleum Resources, Dan Etete,  oil magnate, Abubakar Aliyu and others over the $1.6 billion Malabu oil fraud has been assigned to Justice Ahmed Mohammed of the Abuja Division of the Federal High Court.

The Economic and Financial Commission (EFCC) had on December 20, 2016 filed the charges against them at the court’s Registry over alleged mismanagement of the oil money.

Justice Mohammed, who sits in Court 8, is on vacation. Although, no date has been fixed for their arraignment, sources said the exercise will take place shortly after the court’s vacation on January 6.
Adoke, who had been in Holland since last year, would be arraigned in absentia.

Meanwhile, the Federal Government has commenced moves to extradite Adoke.

A source at the Federal Ministry of Justice said government has given Adoke time to honour his several invitations, but he has allegedly refused to turn up.

The source who does not want to be named, said, “government has given Adoke enough time, but he refused to honour any invitation; so, that process is on, but it does not stop his arraignment. We will arraign him in absentia, while the process will continue.

“We know his location and  we will ensure that he is brought back if he continues to remain uncooperative,” the source said.

He was reported to have told the EFCC that his academic programme was about to end and would return in August, but had allegedly refused to return.

Adoke wrote to Vice President Yemi Osinbajo, stating that he would not return because he had uncovered a plot by the EFCC and some of his political enemies to disgrace him.

The Malabu oil scam, which had been under investigation for over four years, relates to the billions of dollars paid by oil giants, Shell and ENI into a Federal Government account, for OPL 245, considered the richest oil block in Africa.

The money was allegedly diverted by Adoke and paid into private accounts.

In the charge sheet, the commission also accused oil magnate, Alhaji Abubakar Aliyu, the Chairman of A. A. Group and Rocky Top Services, of receiving $336,456,906.78.