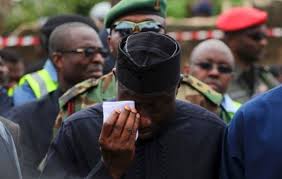 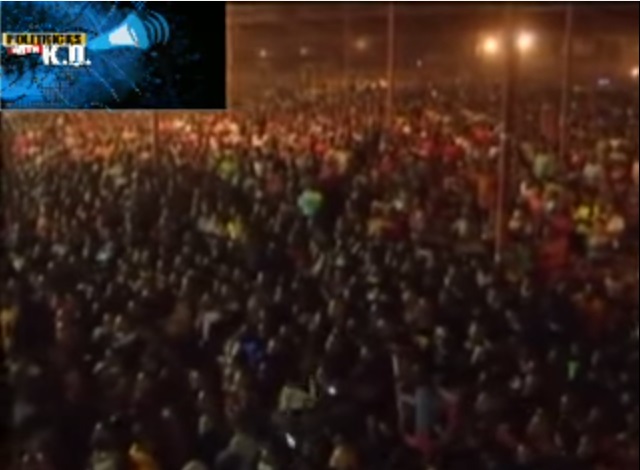 The adoration end of year, ushering new year video by Fiery Reverend Father Ejike Mbaka given in Enugu has become one of the most viral videos of all time with 100,000 views in just a day.

The video got 1250 likes and 160 dislikes as its viewership kept skyrocketing.

Nigerians are asking, what made a Father who previously tried to give President Goodluck Jonathan his support, suddenly change and decide to unleash full rebuke at Nigeria’s 6 year President while professing the necessity for change in Nigeria.

Father Mbaka had explained in the video that he was not partisan having hosted the President’s wife just a month ago where he gave them his support and defended them that the distraction from the disgruntled public was what was hindering them. He however stated that on that event he had noticed that a healthy bird he released to fly for the First lady refused to fly and at this time the Holy Spirit first informed him that the bird would not fly for deeper reasons.

Father Mbaka explained in the video where he had no good words for the President, that though Goodluck was a good man, he was totally bad for Nigeria and should resign before he completely destroys the nation.

Speaking to a mammoth crowd of thousands of mostly Igbos in the East, the well respected Father literally said the President was such bad luck he aided the death of the former president; he destroyed the economy and led to the spilling and looting of the nation’s oil.

Father Mbaka said Nigerians will no longer be calm watching the oppression and the cheating and deprivement from the government; supporting opposition candidate Muhammadu Buhari a Muslim from the north, the revered Father said Nigerians must revolt for change this 2015 and no longer accept bad luck.

Saying, the continuity of Jonathan means disaster to Nigeria. That this message was from the Holy Spirit and whoever including corrupted Pastors (turned into vultures) who had sold their honor and faith for a little money should all speak the truth in spite of the money they have been paid.

The video has rocked Nigeria and indeed the entire world to its feet.

Read the full transcript of the first half of the video