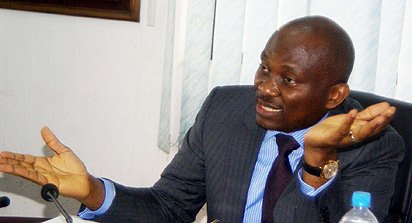 In 2009, a  former Chairman of the House of Representatives Committee on Power, Hon Godwin Ndudi Elumelu, watched and almost shed tears as his colleagues on the floor of the House tore his report on the power sector to shreds.

A member of his committee had written a minority report indicting him and the then Hon. Dimeji Bankole-led 6th assembly did not waste time setting up an adhoc committee to review his findings.

The verdict of the review committee was a complete overhaul of Elumelu’s report. Out of 88 recommendations, the committee endorsed only four for implementation.

The former Delta State-born lawmaker, last Wednesday, on a Channels Television programme, revealed how he painstakingly worked on the eight-volume report that could not sail through.

He promised he would make available documented evidence to assist the on-going Senate investigative hearing on the power sector.

Asked whether the report was still intact, Elumelu said, “We didn’t dilute it and we were very blunt in all our recommendations because we got to the very root of the rot in the power sector.

“When we made our recommendations  asking the EFCC to further investigate, many people followed us and most of them were very bitter at  a  point  at the abandoned contract   sites”.

He explained further: “Let me tell you the truth, in   Nigeria, we must change. Buhari anchored his campaign on  trust asking for change. The change is that we must do things in a normal way, we must deviate, we must leave that comfort zone and come back to the challenges that  face us.

“There is no reason,  after spending  US$13.2billion, as it were, we are still talking about 3,500 megawatts. In Brazil, they spent only 12billion dollars and they have 12,000 megawatts of electricity; so why can’t we have the same?”

Speak ing on why probes don’t yield the desired result in Nigeria, the former House Committee on Power Chairman said: “One is  the will power to stand by the truth. Second is this issue of favouritism or sectional interests because, if you look at the composition of the Senate committee, the members are from different zones of the country. At the end of the probe, people will come and beg for pardon”.

On the amount spent on power sector since 1999, Elumelu said: “One is the actual figure. I will not just say it; I will give the Senate committee, currently probing the issues, documented evidence if invited, from the ministry. If you look very closely here, you will see the documents (waving documents)”.

On the outcome of his committee report, he said: “Well, we did our best visiting project sites in the 36 states of the federation and 774 local governments to do on-the-spot assessment.

“So, at the end of the day, I had finished my report  and we committed it to the House. Well, the House decided to do what they needed to do, that is not my taking. I had done my job. But I believe that history will always come back to haunt us if we do not do the correct thing. And I am happy that the Senate has taken it upon themselves to right the wrongs.

“I was listening to the Permanent Secretary in the Ministry of Power who said N2.7trillion was spent   and I don’t want to argue with him. But if, between 1999  and  2007, 13.2billion dollars was said to have been accessed out of the 15billion dollars, if you convert that  at the rate  of N218 to the dollar, you will be talking of N2.9trillion, that is between 1999 and 2007. So, the Senate committee should be talking about 2007 to 2015. But what   I mean is that   our reports are there for people to look at. What they are doing is to finish up what we couldn’t finish”.

On whether his report could still be useful to the Senate probe on the sector, Elumelu said:

“If they want the truth and if they don’t want to dilute the truth, my report is in eight  volumes. They don’t need to do any other job between 1999 and  2007. They should look at 2007 to 2015 and they would just add it up and that will give them an insight because we didn’t dilute it and we were very blunt.

“I  don’t know how their recommendations will come out. But some of the people they would be recommending   to  face further investigations will be from their zones, and the tendency is that they might begin to lobby them. The Senate committee must shun that and do what is right for the sake of   Nigeria, for the sake of us having stable electricity.

“Can you imagine that when you wake up in the morning, and you cannot see light, you will go and buy diesel at N145 per litre. That is a sin against nature. We are highly gifted, naturally endowed in Nigeria but what do we have to show for it?”

On whether his committee came out with a decisive report, Elumelu said: “Yes, I made my recommendations. And even on the issue of the unbundling of PHCN, I was the one who recommended that it should be unbundled. At  that time, they were just doing lip service in terms of the unbundling.

“So, when I came on board, I looked at the challenge as the Chairman of the House Committee on Power,  and I decided to unbundle PHCN. All the successor companies were given sub heads in the budget  and that was how the CBN called all of them to open  accounts and that was how they started existing”.

On the actual amount expended on the power sector before his committee’s probe, he explained: “They gave us the actual figure. I didn’t sign it, the minister signed it, which was 13.2billion dollars and also the unspent 12billion dollars which was also already committed. Then we also had a due process request from the State House and the Auditor General sent us documents on what happened in the power sector.

“These are documents the Senate committee may not be privileged to have because the officials at that time who issued them may have left office. This is except the Senate committee goes back to the ministry to find out who was where at that time and communicate with them and ask that they come. The officials may not have the opportunity of providing the letters that they wrote to us at the time we were doing the public hearing.

“And then we had a  report from the NIPP submitted by the then General Manager   who is currently the MD of Niger Delta Power Holding Company. The report detailed the activities and the percentages of work done on all the sites. I am not also sure they may have that. “Then the statement of the CBN  at that time except also CBN will be able to do that; of course I don’t expect that they shouldn’t have it”.