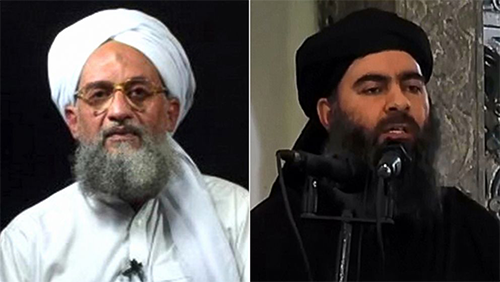 “We do not acknowledge this Caliphate,” he says, according to a translation from SITE Intelligence posted Wednesday. “We do not see Abu Bakr al-Baghdadi as one worthy of the Caliphate.”

He dismisses al-Baghdadi as a pretender who declared himself caliph with the support of only “a few unknown people,” and established ISIS, which calls itself the Islamic State, “by force and with explosions and car bombs,” instead of by “the choice of the people” through “approval and consultation.”

He also faults al-Baghdadi for failing to support Muslims who are not in the Islamic State’s territory.

“When Gaza was burning beneath Israeli bombs, Abu Bakr al-Baghdadi did not support it with one word, but his main concern was that all the mujahideen pledge allegiance to him, after he assigned himself to be the Caliph without consulting them.”

And he accuses al-Baghdadi of sedition, for encouraging al Qaeda followers to abandon their pledges, and instead promise their loyalty to ISIS.