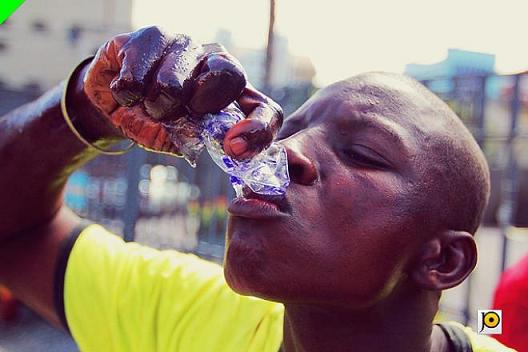 NewsRescue– When we heard they want to ban pure water sachets, we were not vaguely surprised. The cabal will take every business enjoyed by the middle and small business man; that is a foregone conclusion. The cabal want to widen the gap between the rich and poor and add even more hardship – impossibility for the masses. The question we had to ask was; who did they think they were fooling with the claims of environmental sanitization? Definitely not you and me, it could only be their kith and kin that will even pause to think this could be the truth. You see, you and I know that the camarilla and their puppet government simply NEVER have our interests or that of the environment at heart. They don’t know we exist and the only environment they care for and cater to is the one that lines their pockets.

Ban small people and small business water in sachets but not factory water in plastic bottles? Are plastic bottles decomposable and easier to dispose than sachets? An average human being needs to drink over 3 liters of water every day, that’s 13 cups. So when they ban the sachets this coming January, how will we get our 3 liters? From the tap? *Sarcasm. Sensible governments provide running water. In responsible nations, there are fountains with safe drinking water flowing at all parks and on all floors of most buildings. In Nigeria, we do not have water flowing from our taps and yet they wish to ban pure water sachets. It appears we are drinking good water for too cheap in the cabal and government’s eyes.

So we will be forced to get pure water to drink by buying bottled water from companies the cabal own? A sachet of pure water sells for N10, sometimes just N5. A bottle of water sells for N70. So basically, unless this government wishes to kill us with thirst, we will still drink and litter the same amount of water and water containers, the only difference is that we will replace the easier to save and properly dispose-of-later sachets with equally non bio-degradable bulky bottles and caps. But our government does not mind this; that is why the Minister did not mention banning bottles. This pays the cabal. Only now the poor will spend more money, over 10 times more for the same amount of water. And the many small businessmen, a hundreds of thousands of Nigerians employing industry will all be run out of business. The cabal will make millions to billions selling their bottled water, the land will be more polluted, our pipe borne water will be again most seriously jeopardized to help the cabal make more billions undeterred, and many Nigerians will be forced to drink from the stream and gutter… and die.

The recent World Bank African analysis, the “African Pulse” results released October 7, determined that despite the economic growth in Sub-Saharan Africa, the poor were becoming poorer due to a high level of inequality in both outcome and opportunities for citizens (Sahara 8/10/13). No surprise. The wicked governing cabal, who we allow to deal with us, are reducing the opportunities for the masses every blessed day. Nothing is sacred, nothing is too sacrosanct. Killing all competitor and small businesses and employing us as ‘slave labor’ if at all. These people believe and paint an image to the world, that Nigerians are very dumb retards. Whereas, we are some of the smartest and most advanced human beings, capable and ready to spear-head Africa’s development to a place of global prominence. We are only entangled and held back by brain clogged remnants of colonial droppings. Gov. Fashola, an ordinary Nigerian and good human being, develops and secures Lagos, one of the largest cities in the world, and 1/5th of Nigeria’s population, without selling every aspect of it to himself via his friends.

Dear Minister, I challenge you to tell us if you will not also ban plastic bottles, why not? Are they safer for the environment? Are they disposed of any better? Will they not be as rampant when they replace the sachets, unless you have FIRST provided good to drink, fluoride free running water in all pipes? Water bottles are made of polyethylene terephthalate (PET) plastics, which don’t ever biodegrade. I ask you, before you decided to oppress us with this ban, ban thing, did you consider advocacy for better disposal? Did you consider that you must first provide Nigeria drinkable tap water? Try providing garbage cans and regular disposal? Or you just want us to buy from the cabal and STILL pollute the environment or die? Perhaps you have a plan before the January 2014 ban. You can respect us enough to tell us this wonderful plan, rather than persecute us so with such injudicious talk. Honestly, is this a democratic government or a slave master cum prison set-up? The way they throw these things at us these days? In every recent decision our government has made, “the cabal come first,” literally. 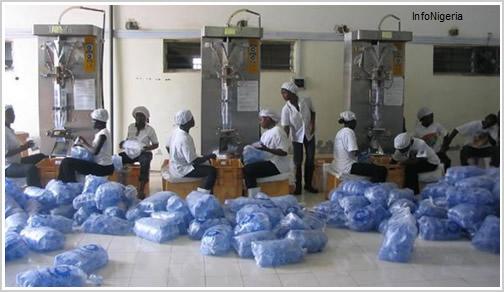 The cabal coterie government who have officially been in recess as far as governance is concerned, have gotten so brazen these days in their desperate desire to get rich quick. Obasanjo introduced this smart chopping model. With his private businessman cronies, he developed and perfected this system of transferring the entire assets of the state and people to a few cabal. Just last week as unbelievable as it was, our PHCN assets were sold to these same cabal. Think about this, our government used 3 trillion to refurbish these assets to sell them for 400 billion, as was reported in DailyTrust. Who are they fooling? The cabal better know that we have entrusted our 2.6 trillion in their ward for investment and we will require it of them at a future date. Just like we made the same investment of OUR money, when we sold our assets for cheap during the Obasanjo era. Our eyes are tracking our money.

Nigeria can NOT continue to open itself to robbery from these soul-less people without justice. Robbing us blind, selling to us essential items they have exclusive monopolies over at double the price. If the criminal cabal are to remain free, then free also the petty thieves. If Boko Haram sponsors are to remain with impunity, then why not release also the soldiers caught bombing to fulfill their agenda? *Sarcasm.  If this land is a land of criminals, let there be fairness and justice therein. After all they say there is honor even among thieves. If we will never have decency and honesty, can we have justice?

Every single essential, they usurp. Building our houses … our cars, our gasoline, education—where private colleges replace Govt., and now our water? Dear Nigerians. We are singing the same song, over and over. A great man once carried a placard that read, “one day the poor will have nothing left to eat but the rich.” Has that day not yet come? I know many of us want to conference—a real conference, not this pretentious act—dear compatriots, I promise you we the people will talk. We will decide if and how we wish to coexist or not. I give you my word, representing my zone in the North or perhaps Middle Belt. But, I ask you one thing. Please, I implore you; let us work together this last time before we really talk. Before it is too late… before this new Blackman evil cabal re-colonization of our land is complete. Let us work together and in the words of Bob Marley, “chase those crazy Baldheads out of town.” Our survival is on the line!