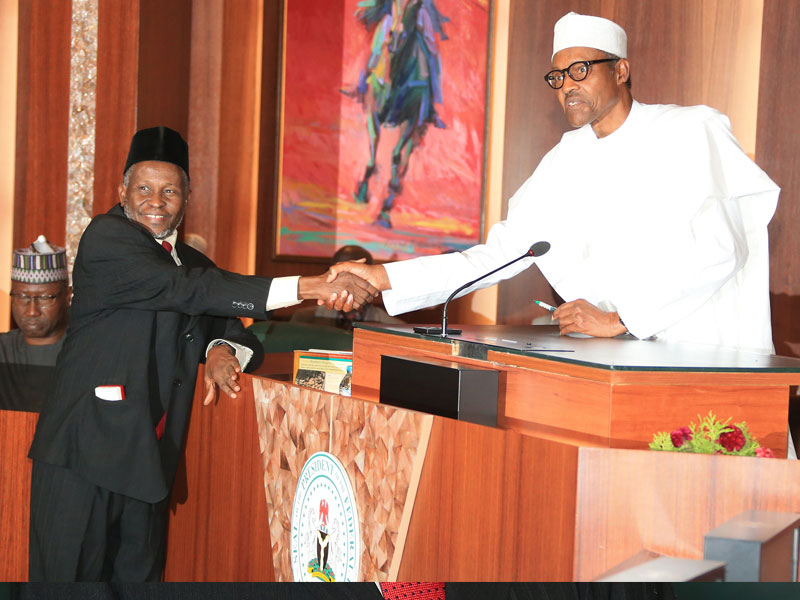 In what may be a first in global history, Nigeria’s Supreme court, two weeks after its ruling, is yet to release its official statement justifying the dismissal of the Atiku/PDP appeal against Buhari’s 2019 election ‘victory.’

On October 31st, the Tanko-led Supreme Court unanimously threw out Atiku’s appeal as “lacking merit”, saying in a short statement it would issue a more detailed reasoning for its decision later.

It is November 13th, the statement is yet to be made.

This would be a first time in popular history that a ruling of such nature will be made without reason and even two weeks later the reasons for upholding the victory are yet to be given.

The case demonstrates a worrisome trend with Nigeria’s judiciary which most say has been totally compromised.

Most cases against the cabal are thrown out with judges typically making vague statements like, “you are not a citizen who needs to be filing such a case.”

This was the ruling given against the challenge of Buhari’s candidacy and also the ruling given in dismissal of a suit filed on question of Chief Justice Tanko himself’s alleged age falsification by Justice Danlami Senchi of the Federal Capital Territory High Court, Jabi, in May of this year.

It is believed that Nigeria’s security agencies has files of wrong doing on the nation’s judges. These files are used to blackmail the judiciary into doing its bidding. For instance, the file with Chief Justice Tanko’s alleged age falsification is used to keep him in tow.

Similarly, while SaharaReporters first reported on former Chief Justice Onnoghen’s corruption cases in 2016, the Nigerian government held these allegations till the 2019 elections when they decided to use them to sack him from office.

It is believed that many judges have skeletons in their cupboards, which include age falsification, corruption, bribes and other infractions. These are held by the state security agencies to use to blackmail the judges to do their bidding.

The nation stands still awaiting the judicial justification of the victory.