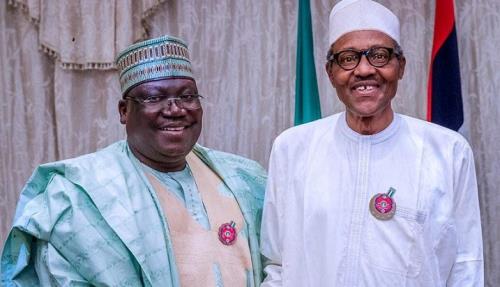 The Senate has reintroduced a bill that seeks to penalise persons found guilty of hate speech.

The National Commission for the Prohibition of Hate Speech Bill, sponsored by the deputy chief whip, Aliyu Abdullahi, was one of the 12 bills introduced on the floor of the Senate on Tuesday.

The lawmakers are expected to debate the details of the bill on another legislative day.

Mr Abdullahi had in March 2018 introduced the bill for consideration and passage.

The bill prescribed death by hanging for any person found guilty of any form of hate speech that results in the death of another person.

It seeks the establishment of an Independent National Commission for Hate Speeches. The proposed commission is expected to enforce hate speech laws in the country and ensure the “elimination” of hate speech.

For offences such as harassment on grounds of ethnicity or race, the offender shall be sentenced to “not less than a five-year jail term or a fine of not less than N10 million or both.”

The bill also proposed that, “A person who uses, publishes, presents, produces, plays, provides, distributes and/or directs the performance of any material, written and/or visual, which is threatening, abusive or insulting or involves the use of threatening, abusive or insulting words or behaviour, commits an offence, if such person intends thereby to stir up ethnic hatred, or having regard to all the circumstances, ethnic hatred is likely to be stirred up against any person or person from such an ethnic group in Nigeria.

“A person subjects another to harassment on the basis of ethnicity for the purposes of this section where, on ethnic grounds, he unjustifiably engages in a conduct which has the purpose or effect of (a) violating that other person’s dignity or (b) creating an intimidating, hostile, degrading, humiliating or offensive environment for the person subjected to the harassment.”

The charge would be justified if such a person intends to stir up “ethnic hatred”, it said.

The bill, however, did not make it through to third reading.

The reintroduction of this bill comes one week after the Senate reintroduced a bill that will regulate the use of social media.

It also comes about a month after President Muhammadu Buhari threatened to take a “firm and decisive action” against promoters of hate speech and other divisive materials on the Internet.

Mr Abdullahi had said cases of religious and ethnic violence experienced in the past years in Nigeria informed his decision to sponsor the bill.

The bill proposes various ‘mechanisms’ to prevent cases of death which emanate from hate speeches, he said.