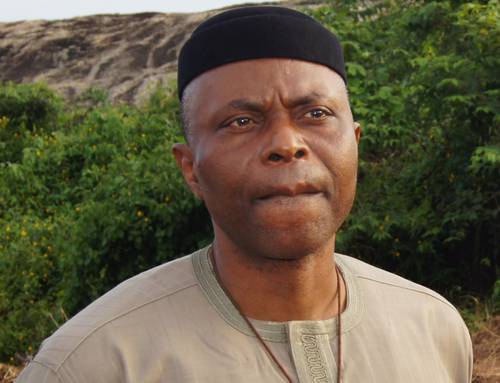 A source at the Alagbaka Government House in Akure has confirmed to a SaharaReporters correspondent that the embattled governor of Ondo State, Dr. Olusegun Mimiko, has concluded plans to defect to the Peoples Democratic Party, PDP, ahead of the 2015 general election.

The source, who is also a stalwart of the Labour Party, LP, in the state said the governor made his intention known at an “expansive meeting” held in Akure, on Friday afternoon.

SaharaReporters gathered that the meeting was held at the “innermost conference room” of the governor’s office in Akure and was invitation only, with invites sent to some leaders of the LP across the 18 local government areas of the state.

The source, who spoke on the condition of anonymity, said the defection of Mimiko to the PDP should not be news any longer because the governor knows how to “play his game and has been romancing with the party at the National level”.

The source also added that some security aides to key officials of the party were not allowed to enter the main entrance of the meeting room.

Some commissioners in the state, who are supporting the governor for the re-election bid of the President also attended the meeting.

According to the source, the governor has instructed leaders of the LP to pass the information to their “supporters and make every effort to manage the information at their respective local government levels”.

Mimiko was appointed as the State Secretary to the Government, SSG, under the late Olusegun Agagu of the Peoples Democratic Party and later sent to Abuja as a minister at the Ministry of Housing and Urban Development during President Olusegun Obasanjo’s regime.

In 2006, Mimiko, a well known “lone ranger” dumped the PDP after accusing the party of “lacking internal democracy” to contest for the governorship seat with his tagged name “Iroko for Governor” against his late boss, Olusegun Agagu.

The Governor, on Thursday last week, collapsed his political structure under the “Iroko Frontiers” to the re-election group called “Believe Nigeria, Trust Goodluck” for the support of President Goodluck Jonathan and his re-election bid come 2015.

Mimiko’s body language since he was appointed the Vice-Chairman of the Jonah Jang-led Governor’s Forum had indicated that he is playing a ‘political game’ between the LP and PDP in the state.

SaharaReporters authoritatively gathered that the PDP would gather in Ibadan, Oyo State capital tomorrow (Saturday) for a rally, and defectors to the folds of the party would be welcome in wide celebration but it is not clear if Governor Mimiko will attend the rally.

Meanwhile, Party faithful and supporters of the LP are now shivering over what will remain the fate of the party if Mimiko finally defects to the PDP.

A presidency source confirmed Mr. Mimiko’s defection plans to SaharaReporters, saying it is a “done deal”.