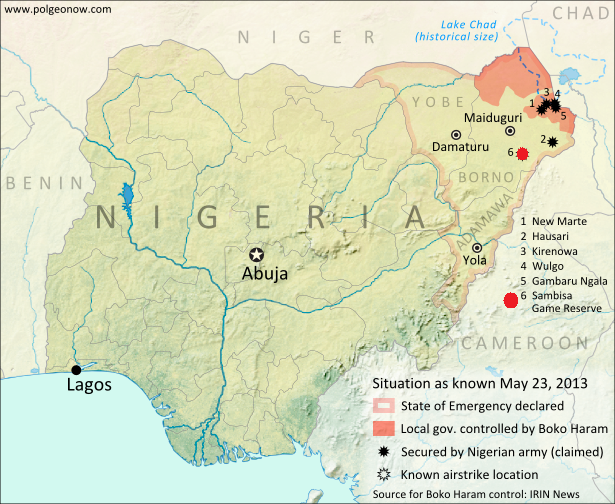 Up to 2000 Boko Haram terrorists were reportedly killed in operations over the weekend in the Sambisa forest of Borno state. The operation was conducted with aerial bombardment and ground forces through Friday and Saturday.

Unfortunately 20 soldiers are still missing according to Director of Defence Information, Maj. Gen Chris Olukolade, due to a communication blunder between the jets which were “running out of bombs” and the troops on the ground, a battalion of which was left fighting its way through without aerial support.

There was reported anger within the camps due to this incident.

The report of killing over 2000 terrorists however raises questions, especially as it coincides with a report of a blunder and possible loss of brave troops.

Commentators are inquiring how big Sambisa forest is for 2000 people to have been hiding there over the years of terror and if the Nigerian forces did not intentionally allow them. Can the forest be that big and thick for thousands to keep hiding away from aerial view?

Others doubt the report in its entirety and are disgusted that despite the wealth of the nation, enough bomber jets loaded with bombs were not available for a limited operation in just one forest.