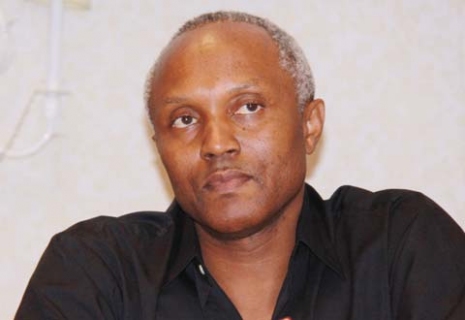 The starkest evidence yet of Nigeria’s despairing circumstances could be glimpsed in the fact that Minna and Abeokuta have become major destinations for a certain kind of political pilgrim.

In the last two weeks, a number of governors from the northern part of Nigeria have visited two former Nigerian rulers, General Ibrahim Badamasi Babangida (ret.) in Minna, and former President Olusegun Obasanjo in Abeokuta. Both pilgrimages were seen, above all, as part of the tactical maneuvers for the 2015 elections.

Yet, that the governors consider Mr. Babangida and Mr. Obasanjo worthy of consultation or enlistment speaks to the bankruptcy of their – and Nigeria’s – project. Babangida and Obasanjo are alike in several vital respects. They’re big-time authors of Nigeria’s misfortune, vectors of the political, social and economic crises in which the country is mired, and eloquent examples of failed leaders.

What does it mean, then, that all political roads are leading to both men’s doors? In a few words, that Nigeria is in big, big trouble – if not altogether doomed. The voyage to the hearths of the two men is akin to trusting that a problem is the solution.

To cast both men in negative light is not to suggest, however, that anybody who came before and after them was stellar. No, Nigeria has been luckless in its leadership and, in fact, in the quality of its broader elite. But Babangida and Obasanjo found ways to intensify Nigeria’s malaise, their policies and style helping to amplify and entrench some of the most debilitating symptoms of a sick, floundering country.

Take Babangida. He became Nigeria’s military ruler in 1985, unseating the duo of Generals Muhammadu Buhari and Tunde Idiagbon that had imposed a plastic version of discipline on Nigerians. A charismatic man with a ready, gap-toothed smile, Mr. Babangida seemed the perfect corrective to Buhari’s (and Idiagbon’s) dour, cheerless mien. Before long, however, it dawned on Nigerians that real leadership demanded much more than personal charms.

It may well be the case that the Structural Adjustment Program (SAP), the centerpiece of Mr. Babangida’s economic policy, was both inevitable and the perfect panacea for the country’s indolent, over-regulated economy. What was undeniable, however, is that SAP almost overnight zapped Nigeria’s fledging middle class out of existence, creating two veritable classes: the opulently wealthy and the desperately wretched.

It was a thoroughly painful adjustment, an era in which civil servants could not afford to buy decent cars and some lecturers took to driving cabs in their spare time. Through it all, Mr. Babangida preached patience, assuring us that the gains of policy awaited us at the end of the transition.

It would have been marvelous if he adopted his own counsel. The evidence, clearly, is that he did not. While Nigerians writhed in pain and did their inventive best to scrape through harsh times, their ruler was in plain view accumulating riches for himself, acquiring a hilltop mansion that would provoke an Arab oil sheik into fits of envy, and amassing a huge cache of cash. In other words, the man who asked the rest of us to accept privation for a period of time did not have the discipline – the vision and temperament – to take his own bitter pill. 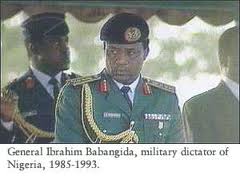 Babangida compounded his awful statecraft when he announced an ostensible program to return Nigeria to a liberal democratic culture. Unwilling to contemplate his eventual withdrawal from power, he turned the time-table for democratic transition into an expensive, deceptive scheme. In the day, he pretended to be committed to ending military rule; at night, he and his cohorts plotted to sabotage the process – the better to perpetuate himself in office. The culmination of this charade came in Mr. Babangida’s annulment of the June 12, 1993 presidential election.

That remains a defining part of Babangida’s legacy. In some ways, Nigeria is still reeling from the aftermath of that act of perfidy.

And then there’s Obasanjo. This man may well be the luckiest Nigerian, alive or dead. Born into poverty, his childhood ambition was to be a roadside mechanic. Instead, he found his way into the military, rose to be a general, and made two tours as Nigeria’s ruler – once as a military dictator, the other time as an “elected” president. His “election” in 1999 completed a script that had slight echoes of the experience of Nelson Mandela, the South Africa sage who commands near-universal admiration. Mr. Obasanjo had emerged from (Abacha’s) prison to become Nigeria’s president.

Gifted with a unique opportunity to become a true hero, Mr. Obasanjo seemed determined, instead, to surpass Mr. Babangida in all the trivial ways. He may have set up two anti-corruption agencies, but his administration was notorious as an enabler of graft and money laundering. He exhibited a shocking propensity to dine with and empower all manner of shady characters, the exceptions being those who were reluctant to massage his imperial ego. For all the speeches he read on accountability and transparency, he ran a shop where – under his very gaze – his confidants and associates stole Nigeria blind.

As I stated, Obasanjo’s one obsession seemed to be to best Babangida in some egoistic game. He dwarfed his rival by becoming, by far, the person with the longest tenure as president. He and his coterie acquired enough riches to tower over the man from Minna and his crowd. A slave to imitation, he acquired his own hilltop mansion in Abeokuta.

Obasanjo’s gravest crime was not that he was a mediocre leader. In the end, mediocrity in a leader is forgivable. His greatest blemish was to participate, actively and fervently, in the devaluation of Nigeria and the debasement of the Presidency. How did he do so? He empowered rustics like the late Lamidi Adedibu and Chris Uba to use police contingents to sack or hijack two governors. He belittled the judiciary by ignoring judicial verdicts that went against his government. He squandered cash in the neighborhood of $10-16 billion on a scam announced as a mission to offer Nigerians “regular, uninterrupted power supply.” He looked the other way – and compelled the anti-corruption agencies to do the same – when his political friends pillaged public funds. He weakened the National Assembly by constantly meddling in its affairs, including dictating who their leaders must be.

Instead of lending himself to the goal of strengthening democratic values, Obasanjo became an apostle of do-or-die, a zestful rigger of elections. Drunk with power, he was willing to gut the Nigerian constitution in a bid to grant himself a third term in office – and a virtual life presidency. As Nigerians groaned for infrastructure and livable wages, Mr. Obasanjo mindlessly sank billions in scarce funds to bribe his way to a third term – all the while denying that he wanted to stay on. Denied his illicit third term dream, he imposed Umaru Yar’Adua, a feeble, dying man, and Goodluck Jonathan, a nondescript governor, as the PDP’s ticket – and then imposed them on Nigeria. 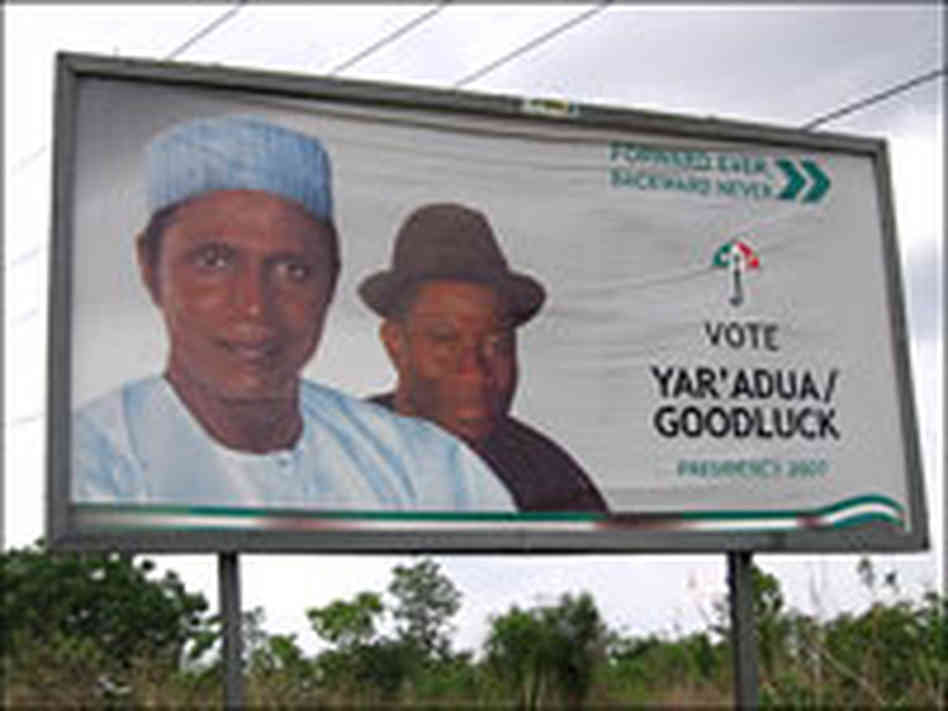 This architect of Nigeria’s misfortune appears to cherish some Nigerians’ proclamation that he was a much better “leader” than, say, President Jonathan. Such flattery proceeds from a short memory as well as a profound misreading of Obasanjo’s role in misshaping our present. Properly understood, Yar’Adua and Jonathan are part and parcel of Obasanjo’s legacy. If the current president’s performance is subpar, perhaps we should ask Obasanjo, again, why he guaranteed to us that he’d chosen the perfect team to take over from him.

In a society where leaders are held to strenuous standards, neither Babangida nor Obasanjo would be able to show his face in public. That some northern governors – and other politicians – are flocking to both men’s separate hilltop is a clear sign that Nigeria will remain a mess for a while to come.