2019: Looking Beyond The APC And PDP, By Inibehe Effiong 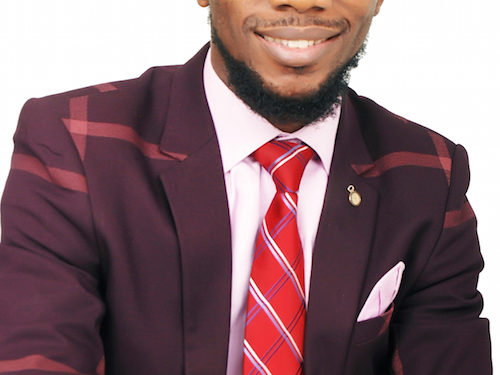 I believe in the formation of a radical, spirited and peoples’ centered political movement in Nigeria, a movement that is designed with a specific mandate to redeem and salvage Nigeria. We urgently need a mass movement that will place Nigeria above other considerations.

Indeed, we need a movement that will break the chains of corruption, ethnicity, unemployment and bad governance in Nigeria. I am envisaging a revolutionary citizen movement that will vigorously confront the enemies of Nigeria. This movement must not be infested with the cancerous tumors of the ruling APC and the opposition PDP.

The movement should transform into a political party or adopt one of the existing political parties and sponsor a principled, vibrant, radical and egalitarian candidate to confront President Buhari and whoever the PDP presents in 2019. We need a movement that will have the progressive elements within the civil society, labour, professional bodies, student groups, artisans and working people. The movement should have a well articulated manifesto to salvage the country.

I believe that the recently formed National Intervention Movement (NIM) should be tested. Let the NIM be given an opportunity. Volunteers should be recruited immediately across all the 774 Local Government Areas and the Federal Capital Territory to move from house to house, street to street and spread the message and manifesto of the movement.

We should not discard the Red Card Movement simply because we dislike some of its pioneers. Angel will not come from heaven to sanitize Nigeria.

History has shown that there is no substantial disparity between the two leading political parties in Nigeria. Anybody can join either party any day. None of the parties is rooted in ideology. They are just vehicles for attaining personal electoral ambitions.

Look at President Buhari, he came in with so much hope and goodwill. I cried the day Buhari won the presidential election, it was tears of joy. I was of the view that a new dawn had finally arrived. The immediacy of change was in the offing.

Given how corrupt, incompetent and clueless the Jonathan regime was, we were ready to vote any other candidate but Jonathan. Those who are telling us that we made a mistake voting out Jonathan are deluded. There is no basis for regrets. We have not forgotten the perilous character of that administration.

The fact that Buhari has largely dissipated the goodwill that brought him to power does not mean that Jonathan was a better option. People should stop making irrational comparisons. If you are still enraged by the outcome of the 2015 presidential election, I wish you quicker recuperation.

The beauty of democracy lies in the ability of the electorates to choose who should lead them at a given time. For some of us, it is Nigeria first. We will never be intimidated by the blackmail of those who think that they love and know Buhari more than Aisha Buhari, his wife.

In 2019, ethnic, religious and political leanings must not take precedence over national interest. If you support Buhari simply because he is from your ethnic or religious group, you are a failure to your generation. If you support him just because of your affiliation with the APC, you are a disgrace to humanity. Let your support be premised on Buhari’s “achievements”.

Tell us the actual achievements of this government in terms of anti-corruption campaign, national integration, security, job creation, infrastructure and other developmental goals.

No matter the misgivings, we must continue to fight. The movement should be tested. Let everyone answer his father’s name. We should choose where we stand.